A 3-year-old Mississippi child born with HIV and treated with a combination of antiviral drugs unusually early continues to do well and remains free of active infection 18 months after all treatment ceased, according to an updated case report published Oct. 23 in the New England Journal of Medicine.

Early findings of the case were presented in March 2013 during a scientific meeting in Atlanta, but the newly published report adds detail and confirms what researchers say is the first documented case of HIV remission in a child.

"Our findings suggest that this child's remission is not a mere fluke but the likely result of aggressive and very early therapy that may have prevented the virus from taking a hold in the child's immune cells," says Deborah Persaud, M.D., lead author of the NEJM report and a virologist and pediatric HIV expert at the Johns Hopkins Children's Center.

"We're thrilled that the child remains off medication and has no detectable virus replicating," Gay says. "We've continued to follow the child, obviously, and she continues to do very well. There is no sign of the return of HIV, and we will continue to follow her for the long term."

The child was born to an HIV-infected mother and began combination anti-retroviral treatment 30 hours after birth. A series of tests in the subsequent days and weeks showed progressively diminishing viral presence in the infant's blood, until it reached undetectable levels 29 days after birth. The infant remained on antivirals until 18 months of age, at which point the child was lost to follow-up for a while and, physicians say, stopped treatment. Upon return to care, about 10 months after treatment stopped, the child underwent repeated standard HIV tests, none of which detected virus in the blood, according to the report.

The child's experience, the authors of the report say, provides compelling evidence that HIV-infected infants can achieve viral remission if anti-retroviral therapy begins within hours or days of infection. As a result, a federally funded study set to begin in early 2014 will test the early-treatment method used in the Mississippi case to determine whether the approach could be used in all HIV-infected newborns.

The investigators say the prompt administration of antiviral treatment likely led to the Mississippi child's remission because it halted the formation of hard-to-treat viral reservoirs — dormant HIV hiding in immune cells that reignites the infection in most patients within mere weeks of stopping drug therapy.

"Prompt antiviral therapy in newborns that begins within hours or days of exposure may help infants clear the virus and achieve long-term remission without the need for lifelong treatment by preventing such viral hideouts from forming in the first place," Persaud says.

Remission, defined in this case not only by absence of infection symptoms but also by lack of replicating virus, may be a stepping stone toward a sterilizing HIV cure — complete and long-term eradication of all replicating virus from the body. A single case of sterilizing cure has been reported so far, the investigators note. It occurred in an HIV-positive man treated with a bone marrow transplant for leukemia. The bone marrow cells came from a donor with a rare genetic mutation of the white blood cells that renders some people resistant to HIV, a benefit that transferred to the recipient. Such a complex treatment approach, however, HIV experts agree, is neither feasible nor practical for the 33 million people worldwide infected with HIV.

In the Mississippi child, tests for HIV-specific antibodies — the standard clinical indicator of HIV infection — remain negative to date, as do tests that detect the presence of immune cells known as cytotoxic, or killer, cells deployed to destroy viral invaders and whose presence indicates active infection. Ultrasensitive tests designed to sniff out trace amounts of virus intermittently detected viral footprints, Persaud and team say. However, this "leftover" HIV appears incapable of forming new virus and reigniting infection.

Importantly, the child exhibits none of the immune characteristics seen in the so-called "elite controllers," a tiny percentage of HIV infected people whose immune systems allow them to naturally keep the virus in check without treatment. Such people's immune systems are revved up to suppress viral replication. This is not the case with the Mississippi child. The absence of immune system characteristics seen in elite controllers in this child is an indicator that early therapy, rather than natural immune mechanisms, led to the child's remission, authors of the report say.

Currently, high-risk newborns — those born to mothers with poorly controlled infections or whose mothers' HIV status is discovered around the time of delivery — receive a preemptive combination of antivirals to prevent infection. They do not start treatment at full antiviral doses until infection is confirmed. While this prophylactic approach is important in preventing at-risk infants from acquiring the virus, it does nothing for those already infected. It is precisely these infants who stand to benefit from prompt treatment with full therapeutic doses, as was the case with the Mississippi baby.

"This case highlights the potential of prompt therapy to lead to long-term remission in those already infected by blocking the formation of the very viral reservoirs responsible for rekindling infection once treatment ceases," says Luzuriaga, senior author of the NEJM report. "This may be particularly true in infants, whose developing immune systems may be less amenable to the formation of long-lived virus-infected immune cells."

Indeed, recent studies in HIV-infected infants have shown a marked reduction in the numbers of circulating virus-infected cells when babies are treated during the first few weeks of infection. Research has also shown that many hard-to-eradicate viral reservoirs begin to form very early, within weeks of infection. Taken together, these findings mean that the window of opportunity to achieve remission may close very quickly.

The experts emphasize that despite the promise this case holds, preventing mother-to-child transmission remains the primary public health goal. Authors of the report caution the approach is still considered preliminary and future studies are needed to confirm if, how and in whom it should be used. In addition, children with confirmed HIV infection should not be taken off antiviral treatment, the experts say.

Nearly 3.3 million children live with HIV worldwide, and more than 260,000 acquire the virus from their mothers during delivery despite advances in preventing mother-to-child infection.

The work was supported by the National Institutes of Health under grant numbers AI93701 and HD0577849, and by the American Foundation for AIDS Research (amFAR). Additional grant support came from the International Maternal Pediatric Adolescent AIDS Clinical Trials Network (IMPAACT) and from the The Collaboratory of AIDS Researchers for Eradication (CARE).

Child born with HIV still in remission after 18 months off treatment, experts report 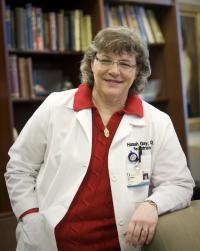 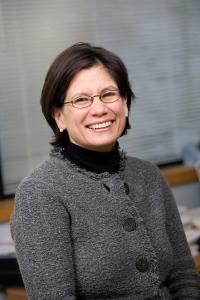