BLOOMINGTON, Ind. -- In a major analysis of university faculty and students in science, technology, engineering and math, Indiana University social psychologists found that professors' beliefs about intelligence play a measurable role in the success of all students -- with the strongest effects for underrepresented students taking their first college-level STEM courses.

The results of the study, published in the journal Science Advances, were presented Feb. 15 during a press conference at the 2019 meeting of the American Association for the Advancement of Science in Washington, D.C.

The principal investigator and senior author on the research is Mary Murphy, a professor in the IU Bloomington College of Arts and Sciences' Department of Psychological and Brain Sciences. The first author is Elizabeth Canning, a postdoctoral researcher in Murphy's lab.

"In a universitywide sample, we found that STEM professors who believe that ability and talent are malleable have smaller racial achievement gaps in their classes," Canning said. "All students -- and black, Latino and Native American students in particular -- earn significantly higher grades in STEM courses when their professors believe intelligence is a malleable quality that can be developed over time, compared to when their professors believe intelligence is a fixed trait that cannot change very much."

To conduct the study, the researchers collected data on 150 faculty and 15,000 students over two years at a large public research university.

"What we found was that the racial achievement gap between underrepresented racial and ethnic minority students -- compared to white and Asian students -- was nearly twice as large in classes taught by instructors who endorsed more of a fixed mindset," Murphy said.

Moreover, the researchers found that all students did better on average in classes taught by faculty who endorsed more of a growth mindset, but this relationship was much stronger for students from underrepresented racial and ethnic groups.

Classroom practices and behaviors that convey either a fixed or a growth mindset have been identified by Murphy and colleagues' previous research. For example, faculty who endorse fixed-mindset beliefs tend to prize flawless performance, while faculty who endorse growth-mindset beliefs tend to value and praise the process of learning, and use mistakes as learning opportunities.

"Some faculty explicitly communicate their fixed mindset -- suggesting that if students do not understand the material quickly, they may not do well and should consider dropping the course," Murphy said. "On the other hand, some faculty communicate a growth mindset by regularly providing students feedback and opportunities to self-assess and reflect on their learning -- instead of offering only a few high-stakes challenges to prove their ability."

The study also found that students taught by faculty who endorse a growth mindset reported more positive experiences in class and greater motivation. However, they did not report that the classes were easier or less-time consuming than others.

"Students in growth-mindset classrooms reported being 'motivated to do their best work' and felt their instructor really cared about their learning and development in classes," Canning said. "This isn't about being friendlier or going easier on students; it's about focusing on the learning process, rather than innate fixed ability."

The study also found that faculty mindset beliefs predicted the racial achievement gaps in their classes more than any other variable, including the faculty member's gender, race, age, tenure status or teaching experience.

The researchers did not ask professors whether they believe intelligence is determined by students' race or gender, however. Instead, faculty were asked to endorse general statements about the fixedness or malleability of intelligence. (e.g., "To be honest, students have a certain amount of intelligence, and they really can't do much to change it").

"Younger and older faculty -- as well as male and female professors from any racial-ethnic background -- were equally likely to endorsed fixed ideas about intelligence," Murphy said.

The upshot? "We're not going to see fixed mindsets disappear as we turn over a new generation of professors," she said. "We've got to educate faculty about how their beliefs shape students' motivation and performance and give them tools to support students in the classroom."

Murphy's lab is working in collaboration with the IU Center for Innovative Teaching and Learning to create educational modules for first-time university instructors that review the influence of faculty mindset beliefs on student outcomes and provide evidence-based practices that convey growth-mindset beliefs to students in the classroom. She and collaborators have also developed an institute in the Seattle area that trains K-6 teachers to create growth-mindset cultures in their classrooms.

"The overall message here is quite optimistic," Murphy said. "It's clear that helping faculty understand how to employ growth-mindset practices in their teaching could help thousands of students. After all, faculty set the culture of their classroom; they are the culture creators. This work shows professors have the power to shape students' motivation, engagement and performance through the mindset culture they create." 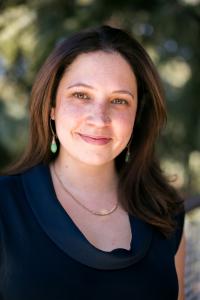 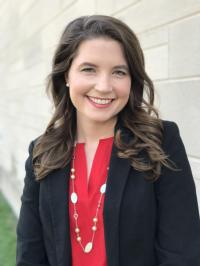