Video games offer students obvious respite from the stresses of studies and, now, a study from a University of Ottawa medical student has found they could benefit surgical skills training.

Arnav Gupta carries a heavy course load as a third-year student in the Faculty of Medicine, so winding down with a game of Legend of Zelda always provides relief from the rigorous of study. But Zelda may be helping improve his surgical education, too, as Gupta and a team of researchers from the University of Toronto found in a paper they recently published in the medical journal Surgery.

"Given the limited availability of simulators and the high accessibility of video games, medical students interested in surgical specialties should know that video games may be a valuable adjunct training for enhancing their medical education, especially in surgical specialties where it can be critical," says Gupta, whose findings were deciphered from a systematic review of 16 studies involving 575 participants.

"Particularly, in robotic surgery, being a video gamer was associated with improvements in time to completion, economy of motion, and overall performance. In laparoscopic surgery, video games-based training was associated with improvement in duration on certain tasks, economy of motion, accuracy, and overall performance," explains Gupta, who has been a gamer since age 8.

This study builds on past reviews and is the first to focus on a specific medical student population where this style of training could be feasibly implemented. Their timely study found some of the most beneficial games for students of robotic surgery and laparoscopy were: Super Monkey Ball, Half Life, Rocket League and Underground. Underground is purposely designed to assist medical students with their robotic surgery training via a video game console.

"While video games can never replace the value of first-hand experience, they do have merit as an adjunctive tool, especially when attempting to replicate important movements to surgery. For example, first-person shooting games require you to translate three dimensional motions onto a two-dimensional screen, which is like the concept of laparoscopic surgery," says Gupta, whose studies are focused on surgery in ophthalmology, which makes games like Resident Evil 4 or Trauma Center: New Blood fitted for his own ambitions.

"I'm not joking when I say that games such as Fortnite have the potential to enhance those necessary movements, providing stronger motivational components and in a low stakes environment."

Reports suggest 55 percent of university students are gamers and enjoy proficiency with video consoles. Yet, many medical students don't admit to owning and using a gaming console.

"I think there definitely is some ambivalence towards video games in medicine," says Gupta, who is also a fan of Witcher 3. "Given how accessible games have become and how video game technology is advancing, video games definitely are an easy go-to for the students who do love them in some capacity. The hope is that maybe this study can inspire someone to take advantage of video games' unique capabilities, reduce the general ambivalence towards it, and develop some fun ways to let students engage with surgical education."

How Fortnite and Zelda can up your surgical game (no joke!) 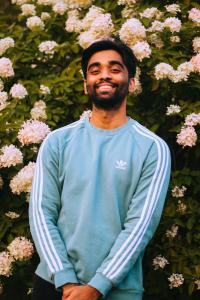 How Fortnite and Zelda can up your surgical game