Bioengineers at the University of California San Diego and San Diego State University have discovered a key feature that allows cancer cells to break from typical cell behavior and migrate away from the stiffer tissue in a tumor, shedding light on the process of metastasis and offering possible new targets for cancer therapies.

It has been well documented that cells typically migrate away from softer tissue to stiffer regions within the extracellular matrix-- a process called durotaxis. Metastatic cancer cells are the rare exception to this rule, moving away from the stiffer tumor tissue to softer tissue, and spreading the cancer as they migrate. What enables these cells to display this atypical behavior, called adurotaxis, and migrate away from the stiffer tumor hasn't been well understood.

"The main takeaway here is that the less adherent, more contractile cells are the ones that don't exhibit typical durotactic behavior," said Benjamin Yeoman, a bioengineering PhD student in the joint program at UC San Diego and SDSU, and first author of the study. "But beyond that, we see this in several different types of cancer, which opens up the possibility that maybe there's this commonality between different types of carcinomas that could potentially be a target for a more universal treatment."

To find out what enables this atypical behavior, Yeoman first used computational models developed in bioengineer Parag Katira's lab in the SDSU Department of Mechanical Engineering, to try and pinpoint what was different about the cells that were able to move against the stiffness gradient. The models showed that changing a cell's contractile force could modulate the cell's adhesion strength in an environment of a certain stiffness, which would change their ability to be durotactic. To confirm the computational results, Yeoman used a microfluidic flow chamber device designed for previous research on cell adherence in Engler's lab, to experiment with the contractility of real cancer cells from breast cancer, prostate cancer and lung cancer cell lines.

"It worked perfectly," said Katira, co-corresponding author of the paper. "It was really an ideal collaboration, where you have experimental results that show something is different; then you have a computational model that predicts it and explains why something is happening; and then you go back and do experiments to actually test if that's going on. All of these blocks fell into place to bring this interesting result."

The parallel plate flow chamber device used to test the computational theory was designed by engineers in Engler's lab studying the effect of adherence on cell metastasis and cancer recurrence, and first described in Cancer Research in February 2020. Using this patent pending device, the researchers now isolated cells based on adhesion strength, and seeded them onto photopatterned hydrogels with alternating soft and stiff profiles. The researchers used time-lapse video microscopy to watch how the cells moved, and found that strongly adherent cells would durotax, moving to stiffer sections, while weakly adherent cells would migrate to softer tissue.

After investigating several potential mechanisms within the cell enabling this behavior, the team focused on contractility as a key marker of its ability to adurotax. By modulating the number of active myosin motors within the cell-- a marker of contractile ability-- they were able to get previously durotactic cells to migrate away from stiffer tissue, and previously adurotactic, weakly adherent cells to migrate up the stiffness gradient.

The researchers hope that this work, and the further development of the microfluidic cell sorting device, will enable better assessments of disease prognosis in the future. Their ultimate aim is to be able to use the parallel plate flow chamber as a way to measure the metastatic potential of a patient's cells, and use that as a predictor for cancer recurrence to drive more effective treatments and outcomes.

"Understanding the mechanisms that govern invasion of many different tumor types enables us to better use this device to sort and count cells with weak adhesion and their percentage in a tumor, which may correlate with poor patient outcomes," said Adam Engler, professor of bioengineering at UC San Diego and co-corresponding author of the paper.

The researchers cautioned that this discovery doesn't preclude other mechanisms from playing a role in the metastasis of cells. It does, however, highlight the important role that adherence and contractility do play, which needs to be studied further.

"The point is not to say that nothing else can drive cells away from a tumor," said Katira. "There could be other drivers for metastasis, but this is clearly an important mechanism, and the fact that cells can do this across lung, breast and pancreatic cancer cells tells us this is generalizable."

Going forward, the engineers plan to study other parameters that may contribute to adurotaxis; investigate the effect of different types of tumor environments on a cell's ability to adurotax; and move from the individual cell scale to the population scale, to see how adhesion and contractility function and can be modulated when there is a mixed population of cells with unique mechanical properties.

This project was funded by grants from the National Science Foundation, National Institutes of Health and the Army Research Office.

Adhesion, contractility enable metastatic cells to go against the grain 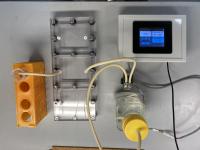 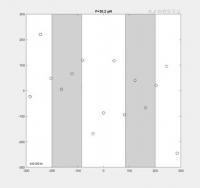