The term "psychopath" is not flattering: such people are considered cold, manipulative, do not feel any remorse and seek thrills without any fear - and all that at other's expense. A study by psychologists at the University of Bonn is now shattering this image. They claim that a certain form of psychopathy can lead to top professional performance, without harming others or the company. The study has initially been published online. The print edition will be published in the journal Personality and Individual Differences in mid-April.

People with this paradoxical personality often progress particularly far up the career ladder as they are willing to take risks, are ruthless and charming at the same time. However, they are reputed to be harmful to companies: this ranges from risky decisions, ignored instructions, and damage to employees through to drug and alcohol consumption. However, according to the results of the current study, a more precise distinction should be made. Besides the dark side of psychopathy, the analysis also shows a light one.

The scientists invited employees from Germany to take part in the study by e-mail. The subjects performed a very wide range of jobs. As a first step, they were tested with regard to their personal factors, their level of education and their level of psychopathy. Next, two colleagues for each participant gave information about the work performance and social behavior of the study participants. A total of 161 of these employee-colleague relationships was investigated.

There is a toxic and a benign form of psychopathy

"The toxic form of psychopathy is characterized by antisocial impulsiveness," says Prof. Gerhard Blickle from the Department of Psychology. Such people cannot control themselves, they take what they like, act without thinking beforehand and pass the blame to others. "The potentially benign form of psychopathy is named fearless dominance," adds co-author Nora Schütte. "It can develop to be bad, but also to be very good." People with these characteristics do not know fear, have pronounced self-confidence, good social skills and are extremely resistant to stress.

Whether a person with fearless dominance can potentially become a top employee depends on an important factor according to the current study: education. While people with fearless dominance and low education display behaviors that can harm the company, such "psychopaths" with high education are assessed by their colleagues in the workplace as outstandingly capable and in no way antisocial.

"These findings confirm the previously little-noted theory that, although psychopathy can often lead to antisocial behavior, it does not necessarily have to," says Prof. Blickle. People with high fearless dominance, above-average intelligence and a successful educational career could also become selfless heroes in everyday life, such as crisis managers or emergency doctors.

The significance of educational level as an indicator of the successful socialization of people with fearless dominance was the focus of the current study. In a publication from 2016, the psychologists at the University of Bonn already discovered that pronounced social skills make people with psychopathic traits helpful and cooperative colleagues. 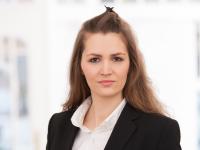