To better inform the tradeoffs involved in land use choices around the world, experts have assessed the value of ecosystem services provided by land resources such as food, poverty reduction, clean water, climate and disease regulation and nutrients cycling.

Their report today estimates the value of ecosystem services worldwide forfeited due to land degradation at a staggering US $6.3 trillion to $10.6 trillion annually, or the equivalent of 10-17% of global GDP.

Furthermore, the problem threatens to force the migration of millions of people from affected areas. An estimated (http://bit.ly/1JZwelL) 50 million people may be forced to seek new homes and livelihoods within 10 years. That many migrants assembled would constitute the world’s 28th largest country by population.

Effectively addressing land degradation could help avert that humanitarian crisis and add US $75.6 trillion to annual world income, according to the report, "The Value of Land", produced by The Economics of Land Degradation Initiative.

With guidance by United Nations University's Canadian-based Institute for Water, Environment and Health and the CGIAR's Research Programme on Drylands Systems, the report culminates a four-year collaboration involving 30 renowned international research and policy institutes. The Initiative is funded by the German Federal Ministry for Economic Cooperation and Development, the European Commission and the Korean Forest Service.

Some 52% of world agricultural land is moderately or severely degraded, the report says.

However, "the economics of land degradation is about a lot more than agriculture."

"Adequate management of agricultural and forestry land uses are amongst the lowest-cost actions that can reduce global warming, and most actions are either neutral cost or of positive net profit to society, requiring no substantial capital investment," the report says.

National studies verify that the value of ecosystem services and benefits far outweigh the cost of preventing land degradation or the cost of remediation in most situations.

The report calls on countries to recognize the huge value of improved land management and to enhance institutional capacity and knowledge in the area, together with national policy, economic, legislative and regulatory frameworks.

The authors note that cost-benefit analyses of sustainable land management scenarios "can be done even with limited data availability,"and underscore that, despite an inevitable degree of uncertainty, "it is imperative to take action now, as every day sees the loss of more productive land that will have to be gained back."

Quick facts from the report:

Monique Barbut, Executive Secretary, UN Convention to Combat Desertification: "As Oscar Wilde put is once 'people know the price of everything and the value of nothing.' This is certainly true when we look at our land resources - we do not value them. The ELD Initiative proves it should be a no-brainer. Land degradation eats away at our fertile land. That is our common resource base. It is time to efficiently and cost-effectively harness the land and land-based ecosystems to provide for our needs and secure our livelihoods."

Karmenu Vella, European Commissioner for Environment, Fisheries and Maritime Affairs: "This study by ELD shows the immediate and global impact of land degradation and highlights that actions to tackle it pay off. Increased land degradation is also one of the factors that can lead to migration and it is being exacerbated by climate change. On our planet, the area affected by drought has doubled in 40 years. One third of Africa is threatened by desertification. As President Juncker said in his State of the Union speech last week, climate refugees will become a new challenge - if we do not act swiftly. We need to be as ambitious as possible in the negotiations for COP 21 in Paris"

By determining the economic values of ecosystem services preserved or enhanced through proper land management and restoration, the ELD Initiative has created 'a common language' to help communities choose between land use options.

The Value of Land
In full: http://bit.ly/1ikEiUM
Summary of findings and recommendations: Pages 133-136 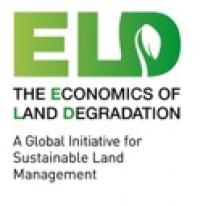