CLEVELAND - December 2, 2019 - A new collaborative study led by Cleveland Clinic and University Hospitals has found that commonly used clinical indicators of immune status and inflammation can predict mortality in the general population.

Published in JAMA Network Open, the study showed that lymphopenia (a condition characterized by low levels of a specific type of white blood cell, called lymphocytes) is associated with death due to heart disease, cancer and respiratory infections, including influenza and pneumonia. This relationship between lymphocyte levels and mortality was observed independent of age, other blood-based immune markers and clinical risk factors.

"Scientists have gone to great lengths and expense to develop novel biomarkers to identify people at the highest risk for death and disease," said Dalton, senior author on the study. "Here we have taken a more pragmatic approach - investigating the predictive power of components of a patient's white blood cell count, which is collected as part of routine blood work during standard health exams. The complete blood count test is convenient, inexpensive and, as our findings suggest, may be used to help physicians screen for and prevent disease and disease-related mortality."

In this study, the team analyzed data from more than 31,000 participants who were followed over the course of 12 years as part of the National Health and Examination Survey (NHANES). NHANES is a program of the National Center for Health Statistics, part of the Centers for Disease Control and Prevention. Study participants were representative of the general United States adult population.

While the association between lymphopenia and reduced survival was observed independent of age and traditional clinical risk factors, the strength of the association increased when low lymphocyte levels presented in combination with other blood abnormalities, including elevated red blood cell distribution width (a measure of the body's ability to generate and maintain a healthy population of red blood cells) and levels of C-reactive protein (an indicator of inflammation).

Applied in practice, the study's findings suggest, for example, that a 65-year old with a high-risk profile based on these three immune indicators - lymphocyte count, red blood cell distribution width and C-reactive protein levels - is actually at greater mortality risk than someone who is a decade older and has a low-risk profile.

"With additional research, we will soon begin to understand the biologic processes that link these markers to disease, a critical step in the search for therapeutic targets," said Sadeer Al-Kindi, M.D., a cardiologist at University Hospitals, clinical instructor at Case Western Reserve University School of Medicine and co-author on the study. "More immediately, we can certainly design systems that allow physicians to use pragmatic immune status indicators to ensure that the 10-20% of the general population at highest risk for mortality do not fall through the cracks of routine preventive care and early detection services."

This study was a collaboration between members of the Clinical and Translational Science Collaborative (CTSC) of Cleveland, including researchers from Cleveland Clinic, University Hospitals, Case Western Reserve University, Louis Stokes Cleveland Veterans Affairs Medical Center and MetroHealth Medical Center. The CTSC Awards Program is administered through the National Center for Advancing Translational Sciences, part of the National Institutes of Health (NIH). This study was also supported by the National Institute of Aging, of the NIH.

Founded in 1866, University Hospitals serves the needs of patients through an integrated network of 18 hospitals, more than 50 health centers and outpatient facilities, and 200 physician offices in 16 counties throughout northern Ohio. The system's flagship academic medical center, University Hospitals Cleveland Medical Center, located in Cleveland's University Circle, is affiliated with Case Western Reserve University School of Medicine. The main campus also includes University Hospitals Rainbow Babies & Children's Hospital, ranked among the top children's hospitals in the nation; University Hospitals MacDonald Women's Hospital, Ohio's only hospital for women; University Hospitals Harrington Heart & Vascular Institute, a high-volume national referral center for complex cardiovascular procedures; and University Hospitals Seidman Cancer Center, part of the NCI-designated Case Comprehensive Cancer Center. UH is home to some of the most prestigious clinical and research programs in the nation, including cancer, pediatrics, women's health, orthopedics, radiology, neuroscience, cardiology and cardiovascular surgery, digestive health, transplantation and urology. UH Cleveland Medical Center is perennially among the highest performers in national ranking surveys, including "America's Best Hospitals" from U.S. News & World Report. UH is also home to Harrington Discovery Institute at University Hospitals - part of The Harrington Project for Discovery & Development. UH is one of the largest employers in Northeast Ohio with 28,000 physicians and employees. Advancing the Science of Health and the Art of Compassion is UH's vision for benefitting its patients into the future, and the organization's unwavering mission is To Heal. To Teach. To Discover. Follow UH on Facebook @UniversityHospitals and Twitter @UHhospitals. For more information, visit UHhospitals.org. 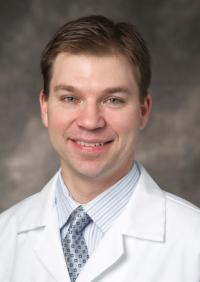