The foot hills of the Western Ghats are a remarkable habitat. Formed of Laterite (a hard rock) outcrops, they are a barren land during summer. Yet, as soon as the monsoon rains start, they sprout vibrant plant carpets in blue, pink and white. This seasonal vegetation is formed mainly by pipeworts and insectivorous plants, such as bladderworts or sundews. The species combinations differ greatly along the Western Ghats and the rich plant growth attracts many birds, butterflies and other insects.

A team of botanists discovered another new species of pipewort from this unique but highly threatened habitat, indicating the importance of such areas. "It is a treasure trove of unique plants to the botanists, but considered just a wasteland, or a dump by the authorities." said Dr K.P. Rajesh of the Zamorin's Guruvayurappan College (ZGC). "Many more unique and unknown plants still await discovery in such areas. " Added Dr Rajesh. The study was published in the open access journal PhytoKeys.

The shallow wet areas formed in the rocks, for a short period from June to November, are the home of some of the rarest plants on the planet. These aquatic or semi-aquatic plants soon set seeds, and dry up before the summer season. The seeds remain in the soil, waiting for the next rains to wake them up. The flat-topped hills are one of the most threatened habitats on Earth, under severe pressure from population growth. The Laterite areas are being destroyed or converted into infrastructure – sites for mining, waste dumping and similar. Uncontrolled tourism is also causing heavy damage – beyond repair – to this fragile system.

The new discovery increases the conservation potential of the area. "It is high time to take urgent steps to conserve this fragile habitat." said Dr. C.N. Manju. Efforts to conserve the unique plants from Western Ghats in experimental gardens are ongoing in the Malabar Botanical Garden (MBG), an organisation specialised in the study and conservation of aquatic plants. It proved very difficult to replicate the exact conditions of the Laterite pools in the gardens. 'Conserving the natural habitat is the best solution. If proper measures are not being taken, this unique habitat may degrade beyond repair' adds Dr. Prakshkumar. The study, conducted in collaboration with the (MBG), was supported by the Kerala State Council for Science Technology & Environment (KSCSTE), of the Government of Kerala.

A new pipewort species from a unique, but fragile habitat in India 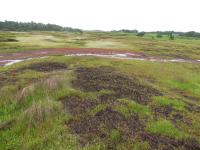 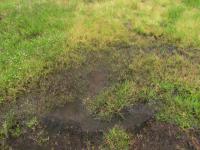