ROME and BOSTON - Scientists from Boston University’s Center for Space Physics reported today that NASA satellites designed to view the escaping atmosphere of the Sun have also recorded evidence of gas escaping from the planet Mercury. The scientists reported these findings at the European Planetary Science Congress (EPSC) meeting in Rome, Italy this week.

The STEREO mission has two spacecraft, in orbits just inside and outside the earth's orbit around the Sun, and thus increasingly ahead and behind the earth (STEREO, or Solar TErrestrial RElations Observatory, is the third mission in NASA's Solar Terrestrial Probes program). This configuration offers multi-directional views of the electrons and ions that make up the escaping solar wind. On occasion, the planet Mercury appears in the field of view of one or both satellites. In addition to its appearance as a bright disk of reflected sunlight, a “tail” of emission can be seen in some of the images. The announcement of this new method of observing Mercury and possible explanations for the nature of the gases that make up this tail were presented today at the EPSC.

It has been known that Mercury exhibits comet-like features, with a coma of tenuous gas surrounding the planet and a very long tail extending in the anti-sunward direction. From Earth, observations of both of these features can be done using light from sodium gas sputtered off the surface of Mercury. The Sun’s radiation pressure then pushes many of the sodium atoms in the anti-solar direction creating a tail that extends many hundreds of times the physical size of Mercury. “We have observed this extended sodium tail to great distances using our telescope at the McDonald Observatory in Texas,” Boston University graduate student Carl Schmidt explained, “and now the tail can also be seen from satellites near Earth.” Much closer to Mercury, several smaller tails composed of other gases, both neutral and ionized, were found by NASA’s MESSENGER satellite as it flew by Mercury in its long approach to entering into a stable orbit there.

“What makes the STEREO detections so interesting is that the brightness levels seem to be too strong to be from sodium,” commented Schmidt, lead author on the paper presented at EPSC. Of special interest is the way the tail was spotted in the STEREO data by Ian Musgrave, a medical researcher in Australia who has a strong interest in astronomy. Viewing the on-line database of STEREO images and movies, Dr. Musgrave recognized the tail and sent news of it to Boston asking the BU team to compare it with their observations.

“A joint study was started and now we have found several cases, with detections by both STEREO satellites,” explained Jeffrey Baumgartner, senior research associate in the Center for Space Physics at Boston University. Baumgartner designed of the optical instruments that discovered the exceptionally long sodium tail.

The current focus of the team is to sort out all of the possibilities for the gases that make up the tail. Christopher Davis, a researcher at the Rutherford Appleton Laboratory in Chilton, England and member of the STEREO team responsible for the camera systems on both satellites, is working closely with the Boston University group on refining brightness calibration methods and determining the precise wavelengths of light that would get through the cameras’ filters.

“The combination of our ground-based data with the new STEREO data is an exciting way to learn as much as possible about the sources and fates of gases escaping from Mercury,” said Michael Mendillo, professor of astronomy at Boston University and director of the Imaging Science Lab where the work is being done. “This is precisely the type of research that makes for a terrific Ph.D. dissertation,” Mendillo added.

Research in Boston University’s Center for Space Physics involves interdisciplinary projects between members of the Astronomy Department in the College of Arts and Sciences and faculty, staff and students in the College of Engineering. Research areas include observational and theoretical studies in atmospheric, ionospheric and magnetospheric physics, planetary and cometary atmospheres, solar and heliospheric physics, and space weather.

Founded in 1839, Boston University is an internationally recognized private research university with more than 30,000 students participating in undergraduate, graduate, and professional programs. As Boston University’s largest academic division, the College and Graduate School of Arts & Sciences is the heart of the BU experience, creating an extensive global reach that enhances the University’s reputation for teaching and research.

Figure 1: Image shows examples of the very long tails of sodium escaping from Mercury. These images were taken at the Boston University Station at the McDonald Observatory, run by the University of Texas in Austin. Reference: Orbital Effects on Mercury's Escaping Sodium Exosphere, Carl Schmidt, Jody Wilson, Jeffrey Baumgardner and Michael Mendillo, ICARUS, 2010.

Figure 2: A schematic representation of the viewing geometry that allows the STEREO camera systems to make observations of Mercury's tail.

Figure 3: An image of Mercury's tail obtained from combining a full day of data from a camera aboard the STEREO-A spacecraft. The reflected sunlight off the planet's surface results in a type of over-exposure that causes Mercury to appear much larger than its actual size. The tail-like structure extending anti-sunward from the planet is visible over several days and spans an angular size exceeding that of a full Moon in the night sky.

Figure 4: A movie showing a 4 day period when Mercury tail was visible from the STEREO A spacecraft on 6-9 February 2008.

Research in Boston University's Center for Space Physics involves interdisciplinary projects between members of the Astronomy Department in the College of Arts and Sciences and faculty, staff and students in the College of Engineering. Research areas include observational and theoretical studies in atmospheric, ionospheric and magnetospheric physics, planetary and cometary atmospheres, solar and heliospheric physics, and space weather.

Founded in 1839, Boston University is an internationally recognized institution of higher education and research. With more than 30,000 students, it is the fourth largest independent university in the United States. It contains 17 colleges and schools along with a number of multi-disciplinary centers and institutes which are central to the university's research and teaching mission

EPSC 2010 is organised by Europlanet, a Research Infrastructure funded under the European Commission's Framework 7 Programme, in association with the European Geosciences Union, with the support of the Italian National Institute for Astrophysics (INAF) and the INAF Institute of Physics of Interplanetary Science (IFSI) in Rome. EPSC is the major meeting in Europe for planetary scientists. The 2010 programme comprises 48 sessions and workshops covering a wide range of planetary topics.

Europlanet Research RI is a major (€6 million) programme co-funded by the European Union under the Seventh Framework Programme of the European Commission.

Europlanet RI brings together the European planetary science community through a range of Networking Activities, aimed at fostering a culture of cooperation in the field of planetary sciences, Transnational Access Activities, providing European researchers with access to a range of laboratory and field site facilities tailored to the needs of planetary research, as well as on-line access to the available planetary science data, information and software tools, through the Integrated and Distributed Information Service. These programmes are underpinned by Joint Research Activities, which are developing and improving the facilities, models, software tools and services offered by Europlanet. 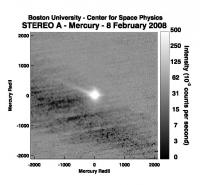