Cornelison's research has been deemed so promising that he has earned a National Institutes of Health (NIH) Trailblazer Award. The three-year, $400,000 grant for new and early-stage investigators supports research of high interest to the National Institute of Biomedical Imaging and Engineering and for which no or minimal preliminary data exists.

Spinal cord and brain injuries are so devastating, often causing lifelong paralysis and disability, because unlike cells in other organs, neural cells do not recover or regenerate.

"If you get a neural injury, that injury doesn't heal over time," says Cornelison, an assistant professor in the College of Engineering. "One of the major reasons is because the tissue and the cells in the tissue stay inflammatory forever. We're looking at remodeling the cells in that tissue and turning them toward pro-growth instead of toward inflammation."

In his lab at the UMass Institute for Applied Life Sciences (IALS), Cornelison is merging two areas of his expertise. As a graduate student, he developed materials from nervous tissue for spinal cord regeneration. Then as a post-doc, he very intentionally focused on brain cancer.

"I was interested in learning new ways to modulate or modify the immune response," he says. "And I realized one of the best ways was cancer. That's why I gravitated toward cancer as a post-doc."

Retraining neural cells to suppress inflammation and promote repair could potentially reverse the damage caused by spinal cord and brain injuries and diseases, including paralysis, Cornelison theorizes. To develop new therapeutic strategies, he studies the microenvironment where cancer cells meet and train other cells to aid tumor growth.

"That's why tumors keep growing," he explains. "We're looking at how the cancer cells are interacting with the neural cells and trying to identify some of the signals passed to those cells so we can reengineer those signals as implantable material to try to regrow an injured spinal cord or injured brain tissue."

Cornelison's aim is to build three-dimensional "scaffolds" from elements of cancer that his team can engineer as matrices. Two specific elements are the molecules that the tumors secrete into the environment and the sugars on the cancer cell surface, both of which may be involved in changing the behavior of other, non-cancer cells.

"We are not implanting a tumor into the nervous tissue so there is not any risk of promoting tumor growth," Cornelison says. "We are isolating only specific factors that would be made by the tumor and we are taking them out of the context of cancer and basically purifying them. We're using those purified molecules, which are no longer associated with the cancer." 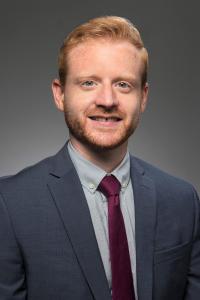