It is expected that this success will contribute towards the development of important process technologies for producing polylactic acid, which is used to manufacture biodegradable plastics. This could help make the concept of a sustainable, low carbon society a reality.

The results of this research were published online in the international scientific journal 'ACS Synthetic Biology' on January 31, 2020. 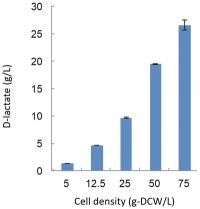