(Santa Barbara, Calif.) ––Scientists and engineers at UC Santa Barbara and the Burnham Institute for Medical Research have developed a nanoparticle that can attack plaque—a major cause of cardiovascular disease. The new development is described in a recent issue of the Proceedings of the National Academy of Sciences.

The treatment is promising for the eventual development of therapies for cardiovascular disease, which is blamed for one third of the deaths in the United States each year. Atherosclerosis, which was the focus of this study, is one of the leading causes of cardiovascular disease. In atherosclerosis, plaque builds up on the walls of arteries and can cause heart attack and stroke.

"The purpose of our grant is to develop targeted nanoparticles that specifically detect atherosclerotic plaques," said Erkki Ruoslahti, distinguished professor at the Burnham Institute for Medical Research at the University of California, Santa Barbara. "We now have at least one peptide, described in the paper, that is capable of directing nanoparticles to the plaques."

The nanoparticles in this study are lipid-based collections of molecules that form a sphere called a micelle. The micelle has a peptide, a piece of protein, on its surface, and that peptide binds to the surface of the plaque.

Co-author Matthew Tirrell, The Richard A. Auhll Professor and dean of UCSB's College of Engineering, specializes in lipid-based micelles. "This turned out to be a perfect fit with our targeting technology," said Ruoslahti.

To accomplish the research, the team induced atherosclerotic plaques in mice by keeping them on a high-fat diet. They then intravenously injected these mice with the micelles, which were allowed to circulate for three hours.

The plaques tend to rupture at the "shoulder," where the plaque tissue meets the normal tissue. "That's also a place where the capsule on the plaque is the thinnest," said Ruoslahti. "So by those criteria, we seem to be targeting the right places."

Tirrell added:"We think that self-assembled micelles (of peptide amphiphiles) of the sort we have used in this work are the most versatile, flexible nanoparticles for delivering diagnostic and therapeutic biofunctionality in vivo. The ease with which small particles, with sufficiently long circulation times and carrying peptides that target and treat pathological tissue, can be constructed by self-assembly is an important advantage."

Ruoslahti said that UCSB's strength in the areas of materials, chemistry, and bioengineering facilitated this research. He noted that he and Tirrell have been close collaborators. 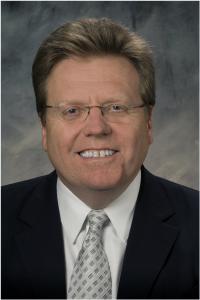 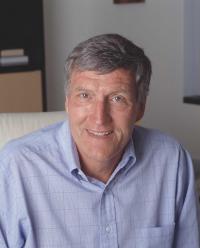