LOS ANGELES — The La Brea Tar Pits have stirred the imaginations of scientists and the public alike for over a century. But the amount of time it took for ancient animals to become buried in asphalt after enduring their gruesome deaths has remained a mystery. Recent forensic investigations, led by Anna R. Holden of the Natural History Museum of Los Angeles County (NHM) and colleagues, reveal new insights into fossilization and the prevailing climate at the Rancho La Brea Tar Pits toward the end of the last Ice Age. The paper, entitled "Paleoecological and taphonomic implications of insect-damaged Pleistocene vertebrate remains from Rancho La Brea, southern California," will be published in the journal PLoS One on July 3, 2013.

The first step was to identify the insect traces. Holden and colleagues determined that different larval beetles were responsible for the exceptionally preserved traces on the bones of ancient mammals. By identifying those traces and researching the biology of the trace-maker, the team was able to pinpoint the climatic conditions and the minimum number of days it took for some of the carcasses to become submerged in the entrapping asphalt. Even after 10,000-60,000 years, the traces provide clear evidence that submergence took at least 17-20 weeks and occurred during warm to hot weather.

Holden conducted the study with paleontologist Dr. John M. Harris, Chief Curator of the Page Museum at the La Brea Tar Pits, and Robert M. Timm, from Kansas University, who manages a dermestid beetle colony for research specimen preparation. They fed bones to insect colonies and used forensic entomology to decipher fossil insect traces. Because the insects that made the fossil traces still live today, the team was able to link the climate restrictions of these culprits to late Ice Age environmental conditions. "These are rare and precious fossils because they provide a virtual snapshot of a natural drama that unfolded thousands of years ago in Los Angeles," Holden said.

Aside from adding to the documented list of insects that eat bone, research by Holden et al. also sheds light on the conditions under which such insects will feed, and why mammalian herbivores offer a great setting for larval development. Although carnivorans vastly outnumber the amount of mammalian herbivorans excavated from the tar pits, no insect damage was found on their bones. The team believes that the thicker skin surrounding mammalian herbivore feet dried out and provided a stable, protected, and humid sub-environment complete with the right balance of tendons, muscle and fat for dermestid and tenebrionid larvae.

These unique specimens, housed at the Page Museum, were recovered from multiple asphalt deposits from excavations that took place over the last century and continue today. "Most people associate the tar pits with research on saber-toothed cats and mammoths." Holden said. "But we show that the insects offer some the most valuable clues for our ongoing efforts to reconstruct Los Angeles's prehistoric environment."

About the Natural History Family of Museums:

The Natural History Family of Museums includes the NHM, the Page Museum at the La Brea Tar Pits (Hancock Park/Mid-Wilshire), and the William S. Hart Park and Museum (Newhall, California). The Family of Museums serves more than one million families and visitors annually, and is a national leader in research, exhibitions and education.

The Natural History Museum of Los Angeles County (NHM) is a national leader in research, exhibitions and education. NHM was the first dedicated museum building in Los Angeles, opening its doors in 1913. It has amassed one of the world's most extensive and valuable collections of natural and cultural history — with more than 35 million objects, some as old as 4.5 billion years. For more information, visit NHM's website at http://www.nhm.org or call (213) 763-DINO.

About the Page Museum at the La Brea Tar Pits:

The Page Museum at the La Brea Tar Pits is one of the world's most famous fossil localities. The Museum displays Ice Age fossils — including saber-toothed cats, dire wolves, and mammoths, and also holds one of the richest and most well-preserved fossil insect collections from 10,000 to 60,000 year-old asphalt deposits. For more information, call (323) 857-6300 or visit http://www.tarpits.org. 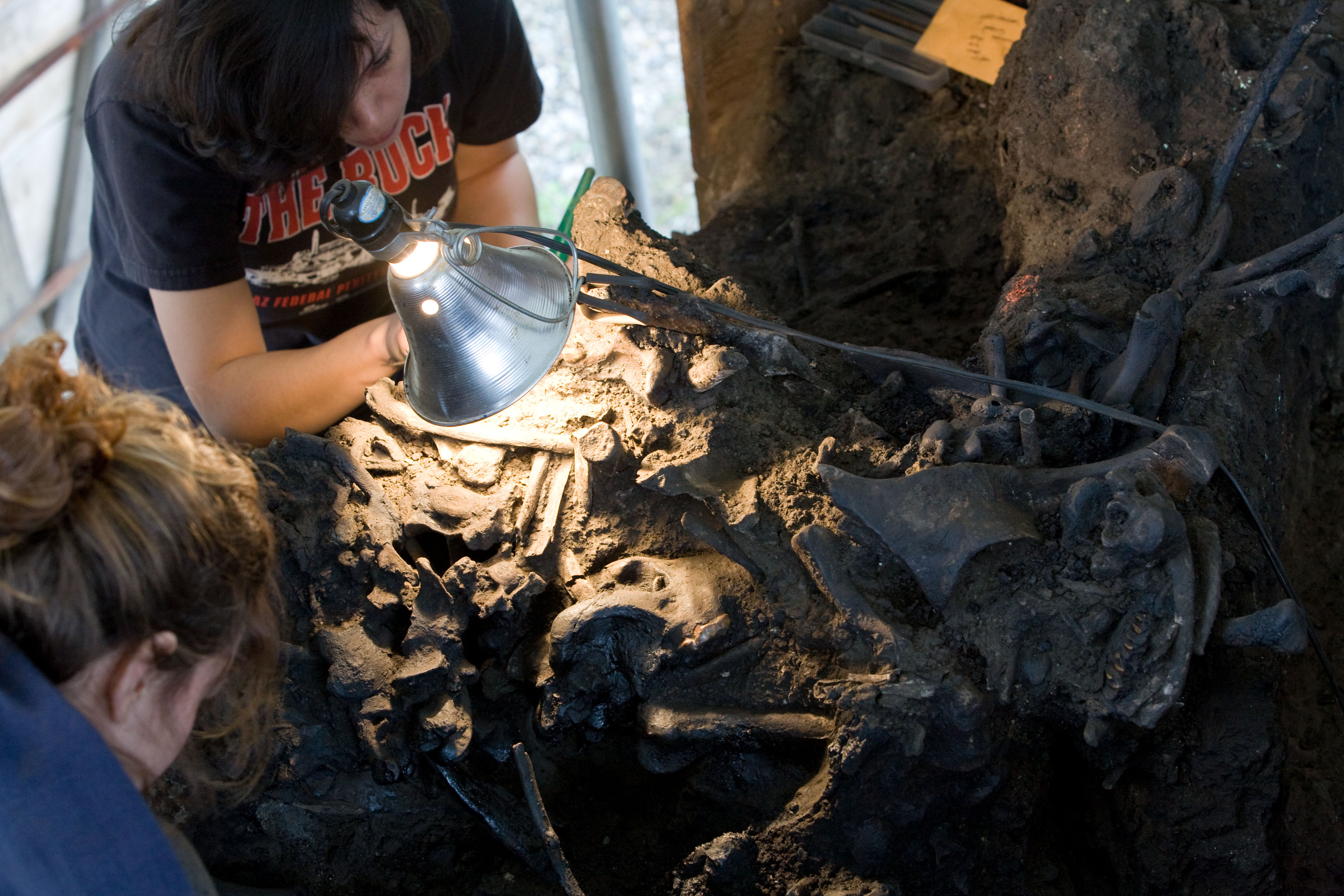 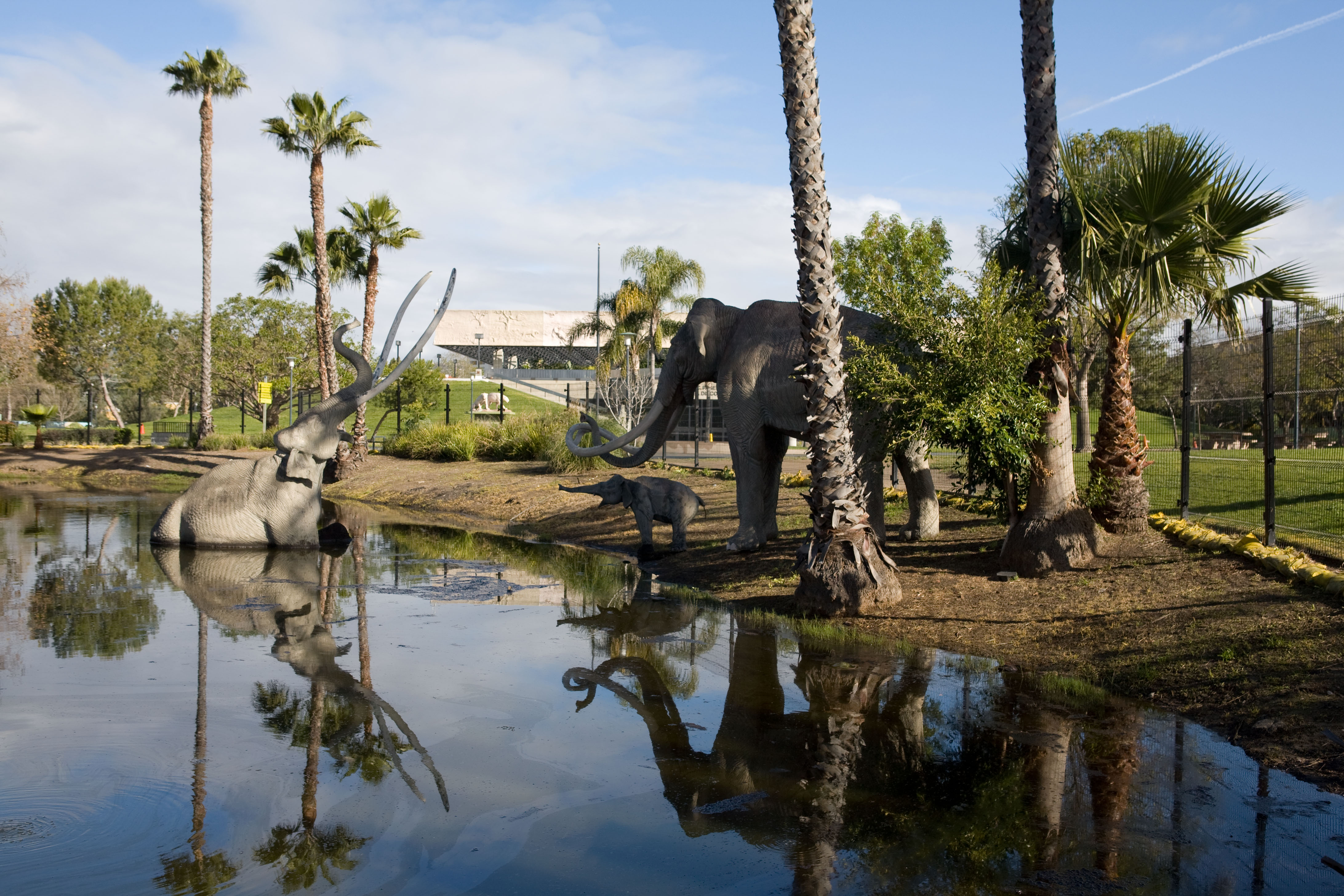