Abundant. Clean. Flexible. Alluring enough to explain why hydrogen, the most common molecule in the universe happens to have its name as part of an national Hydrogen and Fuel Cell Day. Chosen to signify hydrogen's atomic weight of 1.008, the U.S. Department of Energy's Office of Energy Efficiency and Renewable Energy celebrates advances in hydrogen-use technology every October 8 since 2015. When hydrogen is consumed in a fuel cell (which takes the water molecule H2O and seperates it into oxygen and hydrogen, a process called electrolysis), it only produces water, electricity, and heat. As a zero-carbon energy source, the range of its potential use is limitless: transportation, commercial, industrial, residential, and portable.

While traditional hydrogen production processes required fossil fuels or CO2, electrolysis produces "green hydrogen" from water molecules. Since water cannot be split into hydrogen and oxygen by itself, the electrochemical hydrogen-water conversion needs highly active electrocatalysts. The conventional water electrolysis, however, faces technological challenges to improve the efficiency of the water-splitting reaction for the sluggish oxygen evolution reaction. Noble metal-based ruthenium oxide (RuO2) and iridium oxide (IrO2) are used to enhance the oxygen generation rate. However, these noble metal catalysts are very expensive and show poor stability under long-term operation.

Led by Associate Director LEE Hyoyoung of the Center for Integrated Nanostructure Physics within the Institute for Basic Science (IBS) located at Sungkyunkwan University, the IBS research team developed a highly efficient and long-lasting electrocatalyst for water oxidation using cobalt, iron, and a minimal amount of ruthenium. "We used 'amphiphilic block copolymers' to control electrostatic attraction in our single ruthenium (Ru) atom-bimetallic alloy. The copolymers facilitate the synthesis of spherical clusters of hydrocarbon molecules whose soluble and insoluble segments form the core and shell. In this study, their tendency for a unique chemical structure allows the synthesis of the "high-performance" single atomic Ru alloy present atop the stable cobalt iron (Co-Fe) metallic composite surrounded by porous, defective and graphitic carbon shell," says LEE Jinsun and Kumar Ashwani, the co-first authors of the study.

"We were very excited to discover that pre-adsorbed surface oxygen on the Co-Fe alloy surface, absorbed during the synthesis process, stabilizes one of the important intermediates (OOH*) during the oxygen generation reaction, boosting the overall efficiency of the catalytic reaction. The pre-absorbed surface oxygen has been of little interest until our finding," notes Associate Director Lee, the corresponding author of the study. The researchers found that four hour-annealing at 750°C in an argon atmosphere is the best appropriate condition for the oxygen generating process. In addition to the reaction-friendly environment on the host metal surface, the single Ru atom, where oxygen generation takes place, also fulfills its role by lowering the energy barrier, synergistically enhancing the efficiency of oxygen evolution.

The research team evaluated the catalytic efficiency with the overvoltage metrics needed for the oxygen evolution reaction. The advanced noble electrocatalyst required only 180 mV (millivolt) overvoltage to attain a current density of 10 mA (milliampere) per cm2 of catalyst, while ruthenium oxide needed 298 mV. In addition, the single Ru atom-bimetallic alloy showed long-term stability for 100 hours without any change of structure. Furthermore, the cobalt and iron alloy with graphitic carbon also compensated electrical conductivity and enhanced the oxygen evolution rate.

Associate Director Lee explains, "This study takes us a step closer to a carbon-free, and green hydrogen economy. This highly efficient and inexpensive oxygen generation electro-catalyst will help us overcome long-term challenges of the fossil fuel refining process: to produce high-purity hydrogen for commercial applications at a low price and in an eco-friendly manner."

The study was published online on November 4 in the journal Energy & Environmental Science. 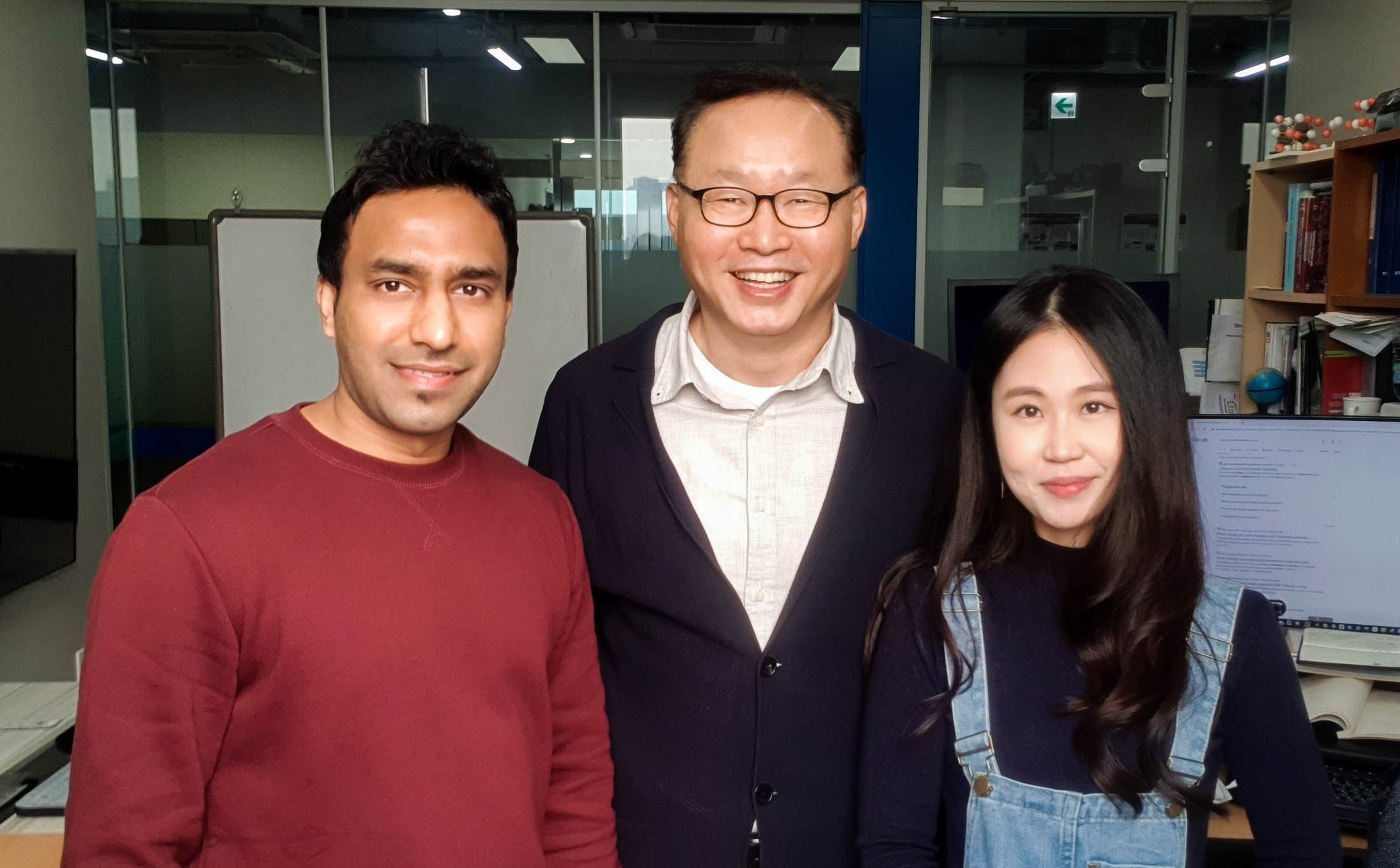