Obesity is a known risk factor for many cancers including colon cancer, yet the reasons behind the colon cancer link have often remained unclear.

A Michigan State University study is shedding more light on the topic and has shown that elevated leptin – a fat hormone – higher body mass index and a larger waistline in men is associated with a greater likelihood of having colorectal polyps, precancerous growths linked to colon cancer.

The result may put men at an even greater risk of the disease and also may mean their body weight could eventually be a deciding factor in whether a colonoscopy is in their future. Today, age and family history typically dictate a screening.

Jenifer Fenton, assistant professor and researcher in the Department of Food Science and Human Nutrition, and Kari Hortos, associate dean in MSU's College of Osteopathic Medicine at the Macomb University Center, led the 18-month, cross-sectional study, which followed 126 healthy, white American males ranging from 48 to 65 years of age. Participants showed no signs or symptoms of health issues, yet underwent routine colonoscopies.

"What we found is 78 percent of the 126 men in the study were either overweight or obese based on their BMI or waist circumference. Of those, about 30 percent were found to have more than one polyp after colonoscopies were performed," said Fenton. "In fact, the more obese participants were 6.5 times more likely to have three polyps compared to their thinner counterparts."

Sarah Comstock, a co-author of the study and research fellow in the Department of Food Science and Human Nutrition, also indicated that the significance of the research is twofold.

"Not only does it show the association that leptin and a higher BMI have with colon polyps, but it gives us a better snapshot on how body weight and other factors may actually help us determine who might be at a higher risk of developing polyps," she said.

With obesity rates climbing during the past 20 years within the United States and colon cancer being the second-leading killer of men and women in the nation, these facts compelled Fenton and her team to conduct research which could identify the specific biomarkers of obesity and early-stage colon cancer and help in prevention efforts.

Previous research published by Fenton in 2009 identified the connection between obesity and colon cancer through examining tissue hormones. These studies demonstrated that, at higher levels, leptin worked as a primary mechanism in inducing precancerous colon cells by increasing the blood supply to them and promoting their progression.

"Even with all of our research, there's still more to be done, particularly in larger, more diverse populations, before any changes in screening recommendations can be made," said Fenton. "But we've definitely got a good start."

The study was recently published in the online journal PLOS ONE.

The research was funded by the National Cancer Institute at the National Institutes of Health and the MSU Clinical and Translational Sciences Institute. The pilot study was conducted at Tri-County Gastroenterology, a community-based clinic in Michigan, and was a collaboration between other MSU researchers and physicians including Bruce Kovan, assistant clinical professor with the College of Osteopathic Medicine, and Dorothy Pathak, professor of epidemiology and biostatistics. 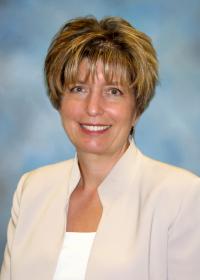