SAN DIEGO--Clinicians managing Zika-affected pregnancies should use magnetic resonance imaging (MRI) in addition to standard ultrasound (US) because the more detailed MRI images can reveal more extensive areas of damage to the developing fetal brain, according to research presented during IDWeek 2017.

"MRI and US provide complementary data needed to assess ongoing changes to the brains of fetuses exposed to Zika in utero," says Sarah B. Mulkey, M.D., Ph.D., a fetal/neonatal neurologist at Children's National Health System and lead author of the research paper. "In addition, our study found that relying on ultrasound alone would have given one mother the false assurance that her fetus' brain was developing normally while the sharper MRI clearly pointed to brain abnormalities."

As of Sept. 13, the Centers for Disease Control and Prevention (CDC) reported that 1,901 U.S. women were exposed to Zika at some point during their pregnancies but their infants appeared normal at birth. Another 98 U.S. women, however, gave birth to infants with Zika-related birth defects. And eight more women had pregnancy losses with Zika-related birth defects, according to CDC registries.

The longitudinal neuroimaging study led by Children's National enrolled 48 pregnant women exposed to the Zika virus in the first or second trimester whose infection was confirmed by reverse transcription polymerase chain reaction, which detects Zika viral fragments shortly after exposure, and/or Immunoglobulin M testing, which reveals antibodies the body produces to neutralize the virus. Forty-six of the study volunteers live in Barranquilla, Colombia, where Zika infection is endemic. Two women live in the Washington region and were exposed to Zika during travel elsewhere.

Three of 48 pregnancies, or 6 percent, were marked by abnormal fetal MRIs:

After they were born, infants underwent a follow-up MRI without sedation and US. For nine infants, these ultrasounds revealed cysts in the choroid plexus (cells that produce cerebrospinal fluid) or germinal matrix (the source for neurons and glial cells that migrate during brain development). And one infant's US after birth showed lenticulostriate vasculopathy (brain lesions).

"Because a number of factors can trigger brain abnormalities, further studies are needed to determine whether the cystic changes to these infants' brains are attributable to Zika exposure in the womb or whether some other insult caused these troubling results," Dr. Mulkey says.

"Fetal and postnatal brain imaging for the detection of ZIKV encephalopathy in the fetus/newborn." 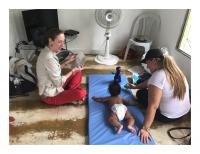 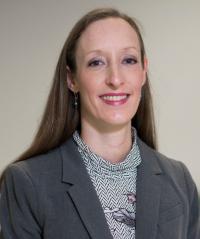