PITTSBURGH, July 6, 2021 - Scientists from the University of Pittsburgh School of Medicine described a new phenomenon in which the deletion of a single gene involved in liver embryogenesis completely wipes out bile ducts of newborn mice. But despite a major defect in their bile excretion system, those animals don't die immediately after birth. Rather, they survive for up to eight months and remain physically active, if small and yellow-tinted.

Published today in the journal Cell Reports, the finding offers clues as to why some patients with cholestasis--or impaired bile secretion due to liver injury--seem to fare far better than others with seemingly identical genetic makeup. Researchers think that the key lies in the novel cell-signaling pathway activated as a way of adapting to the liver injury--and, incidentally, that pathway was never studied in the context of adaptation before.

"Our finding was quite serendipitous," admits senior author Satdarshan (Paul) Monga, M.D., professor at Pitt's Department of Medicine. "We discovered that mice with a deletion of an embryonic gene YAP1 in the early precursors of liver cells don't form bile ducts at all. But surprisingly, those animals didn't die--rather, their livers figured out a way to shunt the excess bile into the bloodstream instead of poisoning themselves.

"The liver couldn't care less about other organs, it just wants to live," Monga added.

The liver is vital for our body's survival. It serves more than 500 essential functions a day, acting like a giant synthetic, metabolic and purification plant that clears out toxic chemicals from our bloodstream--from alcohol to excessive amounts of fats, which get broken down by soap-like bile acids in the intestine.

But the bile itself is toxic, too. The bile ducts, which collect secreted bile acids and deliver them to the gut where they help with digestion are important for ensuring that the liver doesn't poison itself. Whenever the bile ducts are injured or malformed as a result of genetic defects, the liver function suffers. For example, children with Alagille syndrome, whose bile ducts are underdeveloped or absent because of mutations in embryonic proteins, develop cholestasis, which might result in liver failure, as well as heart disease and bone abnormalities.

Even more puzzling, the scientists observed a phenotype similar to human Alagille-like syndrome in mice lacking YAP1 gene--a signaling molecule widely present in embryonic cells that give rise to liver cells, or hepatocytes, and cells that make up bile ducts, or cholangiocytes. Those animals, scientists say, look yellow and are very small in size, but otherwise survive despite the complete lack of bile ducts.

Rather than being poisoned by bile, the liver of those mice seemingly adapted to the injury by decreasing bile synthesis, making it less toxic, and shunting it to the bloodstream instead of dumping it into the liver indiscriminately.

This newly discovered innate adaptive mechanism might explain why some patients with liver injury develop symptoms of acute liver toxicity later than others. It also might offer a clue to clinicians about new ways of treating those patients in the future.

"The severity of symptoms in patients with genetic defects in the liver varies dramatically," said first author Laura Molina, Ph.D., medical student at Pitt. "Our research suggests that YAP1 could be an elusive disease modifier that regulates disease outcomes in these patients. We hope that, by studying the functions of YAP1 and promoting the mechanism of adaptation, we can better understand the liver disease and improve existing treatments."

To read this release online or share it, visit https://www.upmc.com/media/news/070621-monga-molina-bile-ducts [when embargo lifts]. 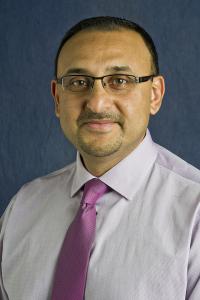 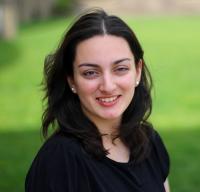