About half of the individuals of cowslip (Primula veris) have flowers with a short style, while the other half of individuals produce flowers with a long style. Recent discoveries have suggested that the loss and fragmentation of habitats may shake this optimal balance of morphologically different plants. This, in turn, decreases the reproductive success of plants and jeopardizes their future viability.

As the primary habitat, cowslips prefer semi-natural grasslands, which have experienced a dramatic area loss over the last hundred years throughout Europe. The study coordinated by the ecologists of the University of Tartu and the Estonian Fund for Nature aimed to examine whether this drastic landscape change has led to deviations in morph balance. To collect data across Estonia, they decided to implement a citizen science approach. A specifically designed web platform http://www.cowslips.eu facilitated an easy upload of data. "In addition, the task and importance of the cowslip observation campaign were explained in detailed guidelines, numerous videos, social media, and other communication platforms," commented Tsipe Aavik, the lead researcher of the heterostyly project.

Nearly 1,700 observations obtained during the campaign led to unexpected discoveries, is now published in the Journal of Ecology. First, data revealed a systematic dominance of short-styled morphs over long-styled morphs. Second, morph frequencies were more likely to deviate in smaller populations and deviations increased in landscapes with higher human population density.

"We are very thankful to all participants who helped to collect heterostyly data at such an unprecedented scale," commented Tsipe Aavik. "Although the first discoveries on heterostyly were made already by Darwin more than 150 years ago, data obtained in the citizen science campaign has helped us to add novel aspects into this fascinating topic with a long history of research."

The findings brought novel insights into fundamental research: the systematic dominance of the short-styled morphs is an intriguing but previously undescribed aspect in this otherwise well-studied plant mating system. However, perhaps even more important are the implications of these findings for conservation because deviating morph frequencies are likely to jeopardize the viability of heterostylous plants. The findings thus describe another threat in the list of negative consequences of habitat loss.

Perhaps Europe could be looking for cowslips one day

The surprising findings of the study have seeded an idea to widen the geographic scope of the study to examine whether the observed patterns are confirmed in other European countries. Furthermore, the discovery about the role of human population density altering morph balance encourages to look at the patterns of heterostyly in landscapes with more intense human impact than Estonia with its relatively low human population density. "In the spring of 2020, when we repeated the campaign, Latvian citizen scientists warmly welcomed the opportunity to contribute to heterostyly observations. But perhaps one day we all can participate in a project 'Europe is looking for cowslips'," adds Aavik with a hope that there still are places in Europe where one can find this beautiful and intriguing plant, cowslip. 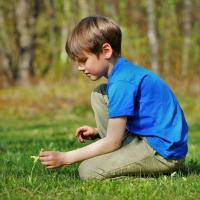