Megan Schnall had no idea that what was about to happen to her 6-year-old son had been building for months. As the Conway, South Carolina, woman later realized, there were warning signs, but not the kind the parent of a young child expects to see.

So Schnall was shocked when Jayden got off the school bus that Monday afternoon. "I knew something was seriously wrong, because he fell to the ground and had no control of his limbs. He was like a rag doll."

As she would later learn, Jayden had suffered a major stroke, something that only happens to an estimated 12 out of 100,000 children under 18. "He started throwing up, which can be a sign of brain swelling," Schnall said. She rushed him to Conway Medical Center. There, doctors did the initial treatment and told her Jayden needed the expertise of pediatric intensivists, doctors trained in treating critically ill patients, at the Medical University of South Carolina. They set up something she'd never seen before: a telehealth consultation. "It was really kind of cool," Schnall said.

A camera and video monitor were rolled in so an intensivist almost 100 miles away at MUSC could examine Jayden in his Conway hospital room. "The MUSC doctor really zoomed in and looked at every possibility. They were able to ask us questions and see the severity of the situation," Schnall said.

Then, Jayden was transferred to MUSC. "It really gave me comfort knowing that they already had a jump-start on Jayden," his mother said. "When we pulled into MUSC, they already had an idea of what he looks like and where his vitals were."

All of that was possible through the Pediatric Inpatient and Emergency Teleconsultation program led by David McSwain, M.D., at MUSC Children's Hospital. Kids deserve the best care available, he said, regardless of whether they live in a town with a small medical center or a city with a high-tech teaching hospital.McSwain said pediatric telehealth has been so successful that MUSC Health is helping to expand it statewide. He's working with other children's hospitals to develop the South Carolina Children's Hospital Collaborative Telehealth Network with a $1 million grant from the Duke Endowment.

The grant money will help equip the children's hospitals to serve as resources for smaller medical centers in their referral areas. While the network will start with pediatric critical care consultation, similar to what's already being done at MUSC, the goal is to position each children's hospital to build its own telehealth program.

McSwain said the benefits of pediatric telehealth can be huge. First, it gets assistance quickly to kids who need it. He remembered the case of a girl who had supraventricular tachycardia, a condition where the heart beats too quickly. "SVT isn't always immediately life-threatening, but if it isn't treated quickly, it can have serious consequences, including heart failure," McSwain said.

That's where pediatric critical care telehealth came in. "I was able to diagnose SVT by looking at the EKG tracing on her bedside monitor. Then I called our pediatric cardiology fellow to evaluate the child with me, and we were able to guide the community hospital staff through a series of maneuvers to stop the SVT. With telemedicine, we were able to do all of that within minutes of the call, and that patient ended up avoiding an intensive care unit admission."McSwain said that wasn't an isolated case. When consultations are done the old way, by phone with no video link, the rate of pediatric intensive care admission is about 70 percent. But when telehealth comes into the picture, the rate drops to about 50 percent. The result: "massive cost savings to both families and the health care system," McSwain said.

Telehealth may have helped save a life in Jayden Schnall's case. His local doctors, who don't routinely deal with children who have had strokes, were able to reach out to specialists at MUSC, and the result was that Jayden got exactly the treatment he needed.

After extensive treatment, including another stroke scare, Jayden is on a blood thinner while doctors search for the cause of his illness. For now, his mother is focusing on how well he's doing.

"He's just about caught up with school and we couldn't ask for a better hospital, better care, better doctors," Schnall said. She's also become a big fan of telehealth.

"I think that's the wave of the future." 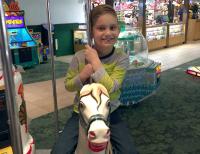 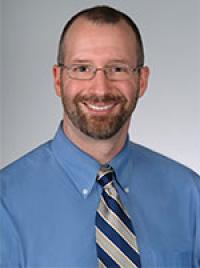