One of the most successful candidate HIV vaccines to date - initially tested in Thailand, where it had modest effects - showed surprisingly strong efficacy when evaluated in a South African cohort, where a different strain of HIV is known to circulate. The research hints the RV144 vaccine regimen could provide protection against multiple strains of HIV, whose genetic diversity is a challenge for vaccine strategies. Scientists have attempted to create a vaccine for HIV that can provide long-lasting protection, but most candidates have failed to provide substantial benefits in early clinical trials. The RV144 vaccine granted modest protection against the clade B HIV subtype in a clinical trial in Thailand. However, it is unclear whether RV144 could provide benefits to people living in regions such as South Africa that are dominated by different clades of the virus. To investigate, Glenda Gray and colleagues compared immunological data from the RV144 study to an analysis of 100 HIV-negative South Africans who were given the same vaccine in a phase 1b trial. Surprisingly, they discovered that the RV144 regimen stimulated even stronger immune responses in the South Africans while being well-tolerated. Specifically, the vaccine elicited CD4+ T cell and anti-HIV antibody responses that are associated with protection against HIV, irrespective of sex, age or locale. The authors also observed that immune responses waned over time in both studies, suggesting that additional booster doses could help maintain the vaccine's efficacy. More research is needed to see if the vaccine grants protection from infection, but the findings indicate that RV144 could be more adaptable across endemic regions than previously thought. 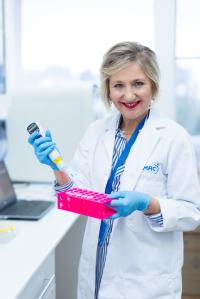