Photosynthesis is one of nature's finest miracles. Through the photosynthetic process, green plants absorb sunlight in their leaves and convert the photonic energy into chemical energy that is stored as sugars in the plants' biomass. If we can learn from nature and develop an artificial version of photosynthesis we would have an energy source that is absolutely clean and virtually inexhaustible.

"Solar energy is forecasted to provide a significant fraction of the world's energy needs over the next century, as sunlight is the most abundant source of energy we have at our disposal," says Graham Fleming, Vice Chancellor for Research at the University of California (UC) Berkeley who holds a joint appointment with Lawrence Berkeley National Laboratory (Berkeley Lab). "However, to utilize solar energy harvested from sun¬light efficiently we must understand and improve both the effective cap¬ture of photons and the transfer of electronic excitation energy."

Fleming, a physical chemist and authority on the quantum phenomena that underlie photosynthesis, is one of four international co-authors of a paper in Nature Chemistry, entitled "Lessons from nature about solar light harvesting." The other co-authors are Gregory Scholes, of the University of Toronto, Alexandra Olaya-Castro, of London's University College, and Rienk van Grondelle, of the University of Amsterdam. The paper describes the principles behind various natural antenna complexes and explains what research needs to be done for the design of effective artificial versions.

Solar-based energy production starts with the harvesting of the photons in sunlight by the molecules in antenna complexes. Energy from the photons excites or energizes electrons in these light-absorbing molecules and this excitation energy is subsequently transferred to suitable acceptor molecular complexes. In natural photosynthesis, these antenna complexes consist of light-absorbing molecules called "chromophores," and the captured solar energy is directed to chemical reaction centers – a process that is completed within 10–to-100 picoseconds (a picosecond is one trillionth of second).

"In solar cells made from organic film, this brief timescale constrains the size of the chromophore arrays and how far excitation energy can travel," Fleming says. "Therefore energy-transfer needs and antenna design can make a significant difference to the efficiency of an artificial photosynthetic system."

Scientists have been studying how nature has mastered the efficient capture and near instantaneous transfer of the sun's energy for more than a century, and while important lessons have been learned that can aid the design of optimal synthetic sys¬tems, Fleming and his co-authors say that some of nature's design principles are not easily applied using current chemical synthesis procedures. For example, the way in which light harvesting is optimized through the organization of chromophores and the tuning of their excitation energy is not easily replicated. Also, the discovery by Fleming and his research group that the phenomenon of quantum coherence is involved in the transport of electronic excitation energy presents what the authors say is a "challenge to our understanding of chemical dynamics."

In their paper, Fleming and his international colleagues say that a clear frame¬work exists for the design and synthesis of an effective antenna unit for future artificial photosynthesis systems providing several key areas of research are addressed. First, chromophores with large absorption strengths that can be conveniently incorporated into a synthetic protocol must be developed. Second, theoretical studies are needed to determine the optimal arrangement patterns of chromophores. Third, experiments are needed to elucidate the role of the environment on quantum coherence and the transport of electronic excitation energy. Experiments are also needed to determine how light-harvesting regulation and photo protection can be introduced and made reasonably sophisticated in response to incident light levels.

"There remains a number of outstanding questions about the mechanistic details of energy transfer, especially concerning how the electronic system interacts with the environment and what are the precise consequences of quantum coherence," Fleming says. "However, if the right research effort is made, perhaps based on synthetic biology, artificial photosynthetic systems should be able to produce energy on a commercial scale within the next 20 years."

Lessons to be learned from nature in photosynthesis 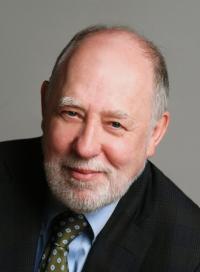