RIVERSIDE, Calif. (http://www.ucr.edu) -- Glial cells surround neurons and provide support -- not unlike hospital staff and nurses supporting doctors to keep operations running smoothly. These often-overlooked cells, which include oligodendrocytes and astrocytes, are the most abundant cell types in the central nervous system.

But these cells do more than support neurons. They also actively influence them, University of California, Riverside, researchers report.

The researchers focused on astrocytes -- star-shaped cells that greatly outnumber neurons -- in mice, and found that when these cells overproduce a protein called ephrin-B1, the ability to retain memory weakens.

"We examined mouse learning behaviors and found that overproduction of this protein in astrocytes can lead to impaired retention of contextual memory and the ability to navigate in space," said Iryna Ethell, a professor of biomedical sciences in the School of Medicine, who led the research. "We think that astrocytes expressing too much of ephrin-B1 can attack neurons and remove synapses, the connections through which neurons communicate."

Such synapse loss is seen in neurodegenerative disorders such as Alzheimer's disease, amyotrophic lateral sclerosis, and multiple sclerosis.

Study results appear in the June 20 issue of the Journal of Neuroscience.

When Ethell and colleagues examined mouse cell behavior in a petri dish, they found astrocytes were "eating up" synapses when ephrin-B1 was overexpressed, suggesting that glial-neuronal interactions influence learning.

"The overproduction of ephrin-B1 can be a novel mechanism by which unwanted synapses are removed in the healthy brain, with excessive removal leading to neurodegeneration" Ethell said.

While the research was done on a mouse model, the results are applicable in humans whose astrocytes also produce ephrin-B1. Astrocytes tend to increase ephrin-B1 production during traumatic brain injury - which is what led Ethell to pursue the current research.

In the lab, the researchers artificially increased levels of ephrin-B1 in mice and then tested them for memory retention. They found that the mice could not remember a behavior they had just learned. In cell culture studies, they added neurons to astrocytes that overexpressed ephrin-B1 and were able to see synapse removal, with the astrocytes "eating up" the synapses.

"Excessive loss of synapses is a problem," Ethell said. "The hippocampus, the region of the brain associated primarily with memory, is plastic. Here, new neuronal connections are formed when we learn something new. But the hippocampus has a limited capacity; some connections need to go to 'make space' for new connections -- new memories. To learn, we must first forget."

In contrast to an ephrin-B1 increase, when this protein decreases (or is down-regulated) it results in more synapses -- and better learning. The astrocytes, in this case, are not able to attach to the synapses.

"But you don't want to remember everything," said Amanda Q Nguyen, a Neuroscience Graduate Program student working in Ethell's lab, and a co-first author of the research paper. "It's all about maintaining a balance: being able to learn but also to forget."

Advice the researchers have for the public is simple: keep the brain -- that is, the neurons -- active.

"Reading and solving puzzles is a good start," Ethell said.

Next, the researchers will work on understanding why some astrocytes remove synapses but other astrocytes do not. They also plan to study the role that inhibitory neurons play in the brain to keep it running smoothly.

"What we know for sure is that targeting just neurons for study is ineffective," Ethell said. "It's the glial cells, too, that need our attention. The star-shaped astrocyte is truly a star when it comes to regulating learning and memory."

Often overlooked glial cell is key to learning and memory 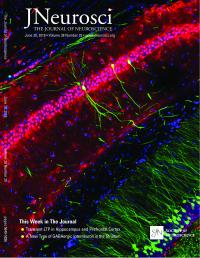 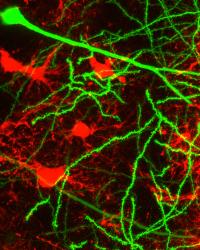