MBL, WOODS HOLE, MA—A report examining the impact of a global biofuels program on greenhouse gas emissions during the 21st century has found that carbon loss stemming from the displacement of food crops and pastures for biofuels crops may be twice as much as the CO2 emissions from land dedicated to biofuels production. The study, led by Marine Biological Laboratory (MBL) senior scientist Jerry Melillo, also predicts that increased fertilizer use for biofuels production will cause nitrous oxide emissions (N2O) to become more important than carbon losses, in terms of warming potential, by the end of the century.

Using a global modeling system that links economic and biogeochemistry data, Melillo, MBL research associate David Kicklighter, and their colleagues examined the effects of direct and indirect land-use on greenhouse gas emissions as the production of biofuels increases over this century. They report their findings in the October 22 issue of Science Express.

No major countries currently include carbon emissions from biofuel-related land-use changes in their carbon loss accounting and there is concern about the practicality of including such losses in a system designed to reduce fossil-fuel emissions. Moreover, methods to assess indirect land-use emissions are controversial. All quantitative analyses to date have either ignored indirect emissions altogether, considered those associated from crop displacement from a limited area, confused indirect emissions with direct or general land-use emissions, or developed estimates based on a static framework of today's economy.

Using a modeling system that integrates global land-use change driven by multiple demands for land and that includes dynamic greenhouse-gas accounting, Melillo and his colleagues factored in a full suite of variables, including the potential of net carbon uptake from enhanced land management, N2O emissions from the increased use of fertilizer, environmental effects on carbon storage, and the economics of land conversion.

"Our analysis, which we think is the most comprehensive to date, shows that direct and indirect land-use changes associated with an aggressive global biofuels program have the potential to release large quantities of greenhouse gases to the atmosphere," says Melillo.

Melillo and his colleagues simulated two global land-use scenarios in the study. In Case 1, natural areas are converted to meet increased demand for biofuels production land. In Case 2, there is less willingness to convert land and existing managed land is used more intensely. Both scenarios are linked to a global climate policy that would control greenhouse gas emissions from fossil fuel sources to stabilize CO2 concentrations at 550 parts per million, a target often talked about in climate policy discussions. Under such a climate policy, fossil fuel use would become more expensive and the introduction of biofuels would accelerate, ultimately increasing the size of the biofuels industry and causing additional effects on land use, land prices, and food and forestry production and prices.

The model predicts that, in both scenarios, land devoted to biofuels will become greater than the total area currently devoted to crops by the end of the 21st century. Case 1 will result in more carbon loss than Case 2, especially at mid-century. In addition, indirect land use will be responsible for substantially greater carbon losses (up to twice as much) than direct land use.

The MBL is a leading international, independent, nonprofit institution dedicated to discovery and to improving the human condition through creative research and education in the biological, biomedical and environmental sciences. Founded in 1888 as the Marine Biological Laboratory, it is the oldest private marine laboratory in the Americas. 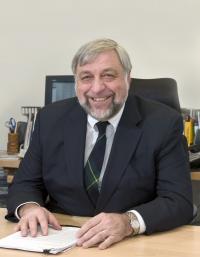