Carsten Bokemeyer will receive the ESMO Award for his commitment to accelerate the transition of cancer discovery into real benefit at patient level.1

A world leader in the pathogenesis and biology of malignant germ cell tumours, Bokemeyer's discoveries include identifying the early stages of malignant germ cell transformation and the mechanisms of resistance of germ cell tumours to chemotherapy. He has also developed new therapeutic concepts with cytostatic drugs and immunotherapy in solid tumours. He is currently Director of the University Cancer Center Hamburg, one of Germany's designated centres of excellence in oncology.

Josep Tabernero, Chair of ESMO Fellowship and Award Committee, in charge of continuously identifying international researchers and clinicians worthy of recognition, said: "Carsten is undeniably a thought leader within the medical oncology field. He has also succeeded in elegantly integrating and connecting physician-researcher duality. Such committed efforts have accelerated the transition of cancer discovery into real benefit at patient level."

"It is truly a great honour for me to receive the ESMO Award," said Bokemeyer on receiving the award. "I feel at home in this Society which has been for me the leader for many structural, educational and scientific developments in oncology throughout Europe for many years."

Peter Boyle became the first non-medical oncologist elected to full membership of ESMO in 2006. He is currently Professor of Global Public Health at the University of Strathclyde and holds Honorary or Visiting Professorships at Glasgow and Yale Universities. Boyle is founder and President of the World Prevention Alliance and inaugural Director of the University of Strathclyde Institute of Global Public Health at iPRI, located in Lyon, France and Glasgow, Scotland. He led the EUROCAN+PLUS project for the European Parliament which developed priorities for coordination of cancer research in Europe and was Editor of the World Cancer Report 2008 and the State of Oncology 2013 which highlighted the growing global cancer crisis.

Josep Tabernero said: "Boyle is not only the international reference in mastering cancer statistics to enable all stakeholders to consider, balance and address the realities concerning the state of cancer at global, national and regional levels; he is in fact one of the few to do so with unquestionable authority and heart – in equal measure."

On receiving the award, Boyle said: "First, I was surprised. Then, I was delighted. Now I am honoured, both for myself and for my discipline of epidemiology and prevention. To be recognised for my contributions to oncology motivates me to redouble my efforts."

"While great progress has been achieved in high resource countries, lower resource regions are dramatically forgotten; they need urgent, collective action. Fortunately, this award demonstrates the breadth of disciplines engaged in the global cancer control movement; hopefully all will participate in the effort."

Internationally known for his clinical and translational research on breast cancer and gastrointestinal stromal tumours (GIST), in 2000 Joensuu and colleagues discovered that imatinib was effective for most advanced GIST and in 2011 he found that as adjuvant treatment it improved recurrence-free survival and possibly overall survival.

Josep Tabernero said: "For more than 25 years, Heikki's tireless commitment to the field has significantly contributed to improved cancer diagnostics and cancer care, particularly in GIST and breast cancer, with specific emphasis on research into the mechanisms of cancer origin and predictive factors."

On receiving the award, Joensuu said: "When I started my career as an oncologist there was no effective treatment for some of these cancers. While realising that we are still far from the ultimate goals of the profession, I would like to dedicate my Hamilton Fairley Award to all those individuals who have contributed to these astonishing recoveries we can now witness."

Info on all ESMO awards is available at http://www.esmo.org/Career-Development/Awards

About the European Society for Medical Oncology

The European Society for Medical Oncology (ESMO) is the leading European professional organisation committed to advancing the specialty of medical oncology and promoting a multidisciplinary approach to cancer treatment and care.

ESMO's mission is to advance cancer care and cure through fostering and disseminating good science that leads to better medicine and determines best practice.

ESMO's scientific journal, Annals of Oncology, ranks among the top clinical oncology journals worldwide. ESMO events are the meeting place in Europe for medical oncologists to update their knowledge, to network and to exchange ideas. To find out more about ESMO, please visit: http://www.esmo.org 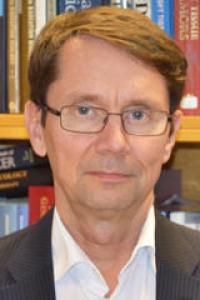