Montreal, February 2, 2011 - Young adults who are lesbian, gay or bisexual (LGB) are at far higher risk for severe mental health problems than their heterosexual peers. New research from Concordia University suggests that the stress of being rejected or victimized because of sexual orientation may disrupt hormonal responses in lesbians, gays and bisexuals.

Recently published as a doctoral thesis in clinical psychology, this investigation examined environmental risks and protective factors that counterbalanced them in LGB youth. "Compared to their heterosexual peers, suicide rates are up to 14 times higher among lesbian, gay and bisexual high school and college students," says Michael Benibgui, who led this investigation as part of his PhD thesis at Concordia's Department of Psychology and Centre for Research in Human Development.

"Depression and anxiety are widespread," he continues. "To learn why this occurs, we studied the physiological impact of homophobic social environments on a group of healthy young LGB adults."

The study examined the link between living in a homophobic environment and 'internalized homophobia,' e.g., feeling negatively about oneself because of one's sexual identity as LGB.

Benibgui says abnormal cortisol activity in LGB youth, combined with the vicious cycle of stress, could be further influenced by a complex set of biological, psychological and social factors. "This study shows a clear relation between abnormal cortisol levels and environmental stressors related to homophobia," he says.

Paul Hastings, a former Concordia psychology professor who supervised Benibgui's thesis research, says that this study should push the conversation about the impact of homophobia.

"This study is one part of a much larger and greatly needed dialogue on the impacts that prejudice, discrimination and victimization have on healthy development and well-being in young people," says Dr. Hastings, an international member of the Centre for Research in Human Development and now a professor at the University of California, Davis. "We need to promote acceptance and respect for the diversity of our population – including sexual diversity – at all levels: government, community, schools and homes."

About the Study:
"Mental Health Challenges and Resilience in Lesbian, Gay and Bisexual Young Adults: Biological and Psychological Internalization of Minority Stress and Victimization," was authored by Michael Benibgui, Ph.D., as his doctoral dissertation in clinical psychology at Concordia University. Professor Paul Hastings, Ph.D., now at University of California, Davis, was project supervisor. 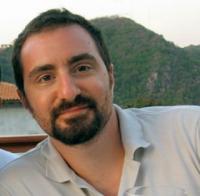