The physician-scientists presented findings at the annual meeting of the American Society of Hematology today in San Diego.

This immunotherapy modifies a patient's own immune T cells, extracted and engineered to potentially seek and destroy the patient's leukemia cells. The CHOP researchers reported on the first global, multicenter clinical trial of these cells and on a separate single-center trial, the first to use a version of these cells carrying a "humanized" protein more similar to human proteins.

In both trials, the patients were children and young adults who had relapsed after previous leukemia therapies, and/or had persistent (refractory) disease.

CHOP pediatric oncologist Stephan A. Grupp, MD, PhD, director of CHOP's Cancer Immunotherapy Frontier Program, co-moderated the ASH session on advances in immunotherapy for ALL at which these findings were presented. At this session, he reported results from the first global, multicenter trial of chimeric antigen receptor (CAR) T cells, of which he is the lead investigator.

This study, sponsored by Novartis, is a global registration trial--one that will provide data to submit to the U.S. Food and Drug Administration (FDA), requesting approval for clinical use. It has enrolled 81 patients at 25 centers in the U.S., Canada, Europe, Japan and Australia. Among the 50 patients who have received a single dose of the T cells, designated CTL019 cells, 41 patients (82 percent) had a complete response (that is, no detectable leukemia cells) within one to three months after treatment.

As in previous, single-center trials, the immunotherapy stimulated a sometimes severe side effect called cytokine release syndrome (CRS), which the researchers successfully managed, following an existing protocol. CRS can present as a flu-like illness with high fever and muscle aches, and can extend to requiring ICU-level care.

"Our results in this first international clinical trial are similar to what we saw in our single-center trials--in both the safety profile and high levels of effectiveness," said Grupp. Novartis aims to apply for FDA approval in 2017.

The research reflects an ongoing collaboration between Grupp, his colleagues in the Perelman School of Medicine at the University of Pennsylvania led by Carl H. June, MD, a co-author of the current study, and Novartis, the sponsor of the trial.

During the same ASH session, CHOP pediatric oncologist Shannon L. Maude, MD, PhD, presented findings from a pilot phase 1 study of "humanized" CAR T cells in 36 children and young adults with relapsed and refractory ALL. In this study, researchers modified CAR T cells to carry a CAR protein more similar to human protein than is the murine (mouse) protein used in CTL019 and other CD19-targeted CAR T cell treatments.

This trial, conducted at CHOP, is the first to use these humanized CAR T cells, called CTL119 cells. Of the 36 patients, 14 had previously been treated with murine CAR T cells. Some had shown no response, some relapsed after an initial response, and in some the CAR T cells did not persist well. Another 22 patients in the trial had not received previous CAR T cell treatment.

At one month after treatment, 30 patients showed a complete response, including 57 percent of those previously treated with murine CAR T cells, and 100 percent of the CAR-naive patients. At a median follow-up of seven months, 24 patients remained in remission. CRS occurred in 33 patients, but was mild in most patients, and was successfully managed in all.

"These CTL119 results are consistent with the high remission rates we have seen with CTL019," said Maude. "It is also encouraging that patients previously treated with CD19 CAR T cells could respond to humanized CTL119." 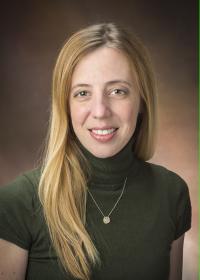