Scientists of the School of Natural Sciences of Far Eastern Federal University (SNS FEFU) with colleagues from Russia, South Korea, and Australia suggest the breaking new ground approach to manage spin-electronic properties and functionality of the thin-film magnetic nanosystems. The method is important for the development of a new generation of tiny electronics (spin-orbitronics) and superfast high-capacity computer memory. A related article appears in NPG Asia Materials.

Scientists from the SNS FEFU Laboratory for Thin Film Technologies propose to control the functionality of a magnetic nanosystem through the surface roughness of a magnetic film sandwiched between heavy metal and a capping layer. Modulating the roughness amplitude on the bottom and top surfaces (interfaces) of the magnetic film in the range of less than a nanometer, which is about the size of atoms, the researchers have maximized useful spin-electron effects important for the operation of electronics. They also found that the roughness at the bottom and upper interfaces of the magnetic film should correlate.

The efficacy of the approach was first demonstrated on the example of a magnetic system consisting of a palladium (Pd) layer with the thickness ranging from 0 to 12 nanometers (nm) covered with a 2-nm-thick platinum (Pt) layer and a 1.5-nm-thick ferromagnet (CoFeSiB alloy). The multilayer structure had been covered with a layer of magnesium oxide (MgO), tantalum (Ta), or ruthenium (Ru), due to the different capping materials are expanding the possibilities for manipulating the magnetic properties of the nanosystem.

"In contemporary electronics, transistors are constantly getting reduced in size. Along with that, the general development trend is to obtain atomically smooth defect-free surfaces", explains Alexander Samardak, the author of the research idea, FEFU Vice-President for Research, "However, it would be a big mistake to strive for ideal interfaces, because a lot of new and practically interesting physical effects lie outside the atomic ordering and ideally flat surfaces. With permanent miniaturization of the functional elements in electronics, the role of surface roughness is skyrocketing. Mainly due to the development of highly sensitive analytical equipment, only now we have begun to reveal the nature of the discovered phenomena and understand the role of roughness and atomic mixing at interfaces. The main message of our research is that atomic roughness can serve for the benefit of implementation of new spin-orbitronic devices with improved properties".

The scientist explained that a new field of physics, i.e. spin-orbitronics, has been actively developing in the world over the past five years. It studies not just the spin of the electron (the intrinsic angular momentum of the electron which is a quantum property and doesn't associate with the motion (displacement or rotation of the electron as a whole), but the spin-orbit interaction. This interaction occurs between an electron orbiting around an atomic nucleus and inducing a magnetic field, and its own magnetic moment conditioned by the electron spin.

The advantage of spin-orbitronics is that the functionality of such devices (for example, magnetic memory) is provided directly through the control of the spin-orbit interaction in their constituent nanomaterials, for example, in heavy metals.

Heavy metals of the platinum group (Ru, Rh, Pd, Os, Ir, Pt) have a fairly strong spin-orbit interaction. If bring one of these metals into contact with an ultrathin, several-atomic-layers-thick magnetic film (for example, Co, Ni, Fe, Py or their alloys), the electronic and magnetic properties of the system will be radically changed.

"First, it is possible to manage magnetization and prepare nanosystems magnetized perpendicularly to the plane of the film. This is how it implemented in modern hard disk drives and under-development new electronic carriers in order to increase the density of information storage, accelerate the speed of data writing/reading and increase the number of rewriting cycles. Second, the strong spin-orbit interaction in a heavy metal leads to the "deformation" of the electron orbitals of atoms of the magnetic material (film). That results in spin effects such as magnetic damping and the interfacial Dzyaloshinsky-Moriya interaction appearing at the interface between the heavy metal and magnetic layer. This antisymmetric exchange interaction leads to the transformation of the ferromagnetic order and the appearance of nontrivial spin textures such as skyrmions and skyrmioniums. Such spin textures have enormous potential for the electronics of the near future, playing the role of non-volatile information carriers. For example, on their basis, one can make computer memory components that will work with no magnetic heads, where bits will be moved and switched by current pulses due to the manipulation of electron spins. Such devices shall operate at bit moving rates up to several km per second thanks to the electric current only and will store an order of magnitude more data because tiny spin textures," says Alexander Samardak.

For the experiment, researchers grew a series of palladium films with an ideal single crystal structure (Figure 1 (a)) using molecular-beam epitaxy. Since the Pd grows as three-dimensional islands, the authors have found that the rough surface of Pd films can be described via a sinusoidal function. Varying the thickness of the Pd films in the range from 0 to 12.6 nm, they managed to control the amplitude and period of roughness in the range from 0 to 2 nm and from 0 to 50 nm, correspondingly. After that, the surface of palladium was coated by thin films of platinum and a magnetic alloy (Pt (2 nm) / CoFeSiB (1.5 nm)) using magnetron sputtering in a vacuum. The system was capped with different variants of materials such as magnesium oxide, tantalum, ruthenium, Fig. 1 (b). The capping material influenced the magnetic anisotropy strongly, while the influence on the Dzyaloshinsky-Moriya interaction was not so significant. In this case, the deposited Pt and CoFeSiB layers repeated the morphology of the Pd surface.

As a result, researchers found out that with no change in the composition of the magnetic system, only via modulating the surface roughness in the sub-nanometer range by varying the thickness of the Pd layer, it is possible to change its functional properties dramatically. For example, the magnitude of the Dzyaloshinsky-Moriya interaction increased 2.5 times when the Pd layer was 10 nm thick. At this thickness the roughness of the bottom and top interfaces of the magnetic film maximally correlated to each other.

According to Alexander Samardak, about four years were necessary to conduct the study and one more year to publish the article in the prestigious journal of Nature group. For a long time, the reviewers could not believe in the possibility of controlling the spin-orbit properties via modulating the interface roughness. During the correspondence, the authors managed to convince the reviewers and defend their approach.

At the time being, scientists are preparing new magnetic samples to study how interface roughness affects the spin Hall effectand the spin-orbit torques. These future findings will make it possible to get closely to the implementation of memory cells whose magnetic moment is switched only by electric current.

The work was carried out within the framework of the State task No. 0657-2020-0013 of the Ministry of Science and Higher Education of the Russian Federation "Multifunctional magnetic nanostructures for spintronics and biomedicine: synthesis, structural, magnetic, magneto-optical and transport properties."

FEFU Scientists run fundamental research and practical development in the different priority areas including such as New Materials necessary for the transition to technologies of the future. 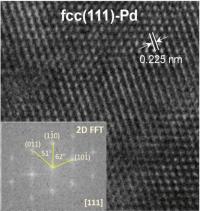 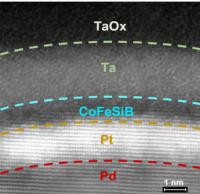