On the YouTube video, the fire appears first as a small white dot among the trees, then as an unmistakable wisp of smoke curling up over a ridgeline. Wilderness high-definition (HD) cameras have caught the spark of a lightning strike in the Tahoe Basin, and are transmitting this time-lapsed live view to firefighters via a network built to detect earthquakes.

The same 21st century communications network used for real-time seismic monitoring in Nevada and parts of California can provide high-quality images like that of the Tahoe strike to help first responders catch fires before they grow costly and dangerous, says Graham Kent, director of the Nevada Seismological Laboratory (NSL) and professor in seismology at the University of Nevada, Reno.

Kent will be the featured public policy speaker at the Seismological Society of America's (SSA) 2016 Annual Meeting held April 20-22 in Reno, Nevada. He said that seismic networks in place to provide earthquake early warning, if designed to sustain multi-hazard monitoring, can provide a robust data backbone for fire cameras that pan, tilt and zoom as they monitor wildfires and other extreme weather events like remote floods. And for Kent, the project is a bit personal: he's had two homes--one in California and one in Nevada--burned over or threatened by wildfires.

The dual system has already been a success throughout parts of Nevada and eastern California, Kent said in a recent interview. During last year's fire season in the state, the AlertTahoe platform and another platform in north-central Nevada helped to discover or provide early intelligence on more than 25 fires. This summer, AlertTahoe and the Bureau of Land Management (BLM) wildland fire camera programs will add 15 to 20 new HD cameras to increase its coverage of these areas.

According to Kent, the technology has the potential to remake firefighting in the West, moving away from massive "war-like" operations to more tactical suppression. "The old style of firefighting is like storming the beach at Normandy," he said, "but if you can get on a fire early, with special tools, then it becomes more like a Special Forces situation."

For seismologists, "all-hazards" networks like AlertTahoe represent a chance to fund and expand a robust and reliable earthquake early warning system. "If you build a network that's putting out fires six months out of the year--a lot of them--that essentially pays for the deployment of the entire earthquake early warning network and operation costs for a decade or more in just one fire season," Kent said.

"We feel like we're doing a sustainable network design that allows you to monitor extreme weather, wildfires and earthquakes," he added. "And of interest, about half of the damages that are estimated for a large earthquake event, like a major rupture on the San Andreas fault, are fire-related; so these camera systems can have a large impact after a damaging quake as well."

The private, microwave-based seismic networks attached to the cameras offer an advantage over other communication networks such as cellular-based systems, which can become clogged with traffic during critical emergencies. The cameras and their installation are funded by both public sources like the U.S. Bureau of Land Management (BLM), U.S. Forest Service, and private donations through the Tahoe Prosperity Center.

The BLM, the U.S. Forest Service, the Camino Interagency Command Center, Sierra Front Interagency Dispatch Center, and local fire departments use the cameras routinely, and the public can also access the real-time images and on demand time-lapse images through the NSL website. Other agencies such as the National Weather Service use the cameras to monitor cloud formation (thunderstorm development) to track large and potentially damaging storms. The network is also monitoring climate along several critical transects in Nevada.

The fire cameras save time and especially money,since they give firefighters a chance to assess the size and potential growth of fires at early stages, before any people or equipment are sent to the fire. For instance, fire-spotting planes in the Tahoe Basin can cost up to $25,000 each time they take flight, Kent said. And resources and manpower can be stretched thin, especially during the summer fire season when firefighters may be deployed throughout the West.

"This allows you to scale your resources appropriately," he noted. "Firefighters have to be careful that they don't overrespond on one fire, and then have another larger fire within the hour or so and be positioned in the wrong place. Fire cameras help you understand how bad a fire is, and see how aggressive it is."

Kent and his colleagues are also testing "machine vision" for the smart cameras, using computer programs that learn how to sift through the camera images to find signs of fire and smoke. The algorithms being developed use wintertime controlled burns in the Tahoe Basin to train their detection capabilities.

The Nevada Seismological Laboratory at the University of Nevada, Reno, manages the Nevada and eastern California networks. NSL is a partner with the University of California, San Diego on a larger project to build a common platform for early fire detection networks in other parts of the western U.S. The NSL project is an updated version of a California fire camera project, begun in 2002 by UC San Diego seismologist Frank Vernon and built on a large-scale wireless network in southern California called HPWREN.

The Southern California project, now dubbed AlertSoCal, is using the unique on-demand time-lapse interface developed for AlertTahoe fire cameras in San Diego, Riverside and Imperial Counties. Kent is also working with fire fighters in Idaho and Montana to potentially pair seismic networks and fire cameras in those states beginning in 2017.

The cameras even have their eye trained on urban areas, observing house and apartment fires in Reno. Information gleaned from these images could help researchers learn more about how fires move from rural to urban areas, and how urban areas might respond during earthquake-related fires.

Seismic networks can be the backbone for 21st century firefighting 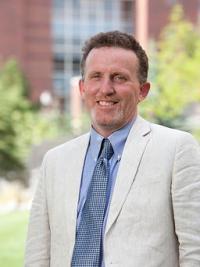