This release is available in Spanish.

The first of the ships sailing on the Malaspina 2010 expedition, the Hespérides, will set out from Cádiz on Tuesday 15th November. The expedition is a multidisciplinary project led by the Spanish National Research Council (CSIC) which aims to gauge the impact of global change on the ocean and study its biodiversity.

The send off, which will take place at 11 a.m. on the east quay of the Port of Cádiz, will be attended by the Minister for Science and Innovation, Cristina Garmendia, and the Minister of Defence, Carme Chacón. The event will also be attended by the president of the CSIC, CSIC, Rafael Rodrigo, the project coordinator and CSIC researcher, Carlos Duarte, the captain of the Hespérides, Juan Antonio Aguilar, and the president of the Fundación Banco Bilbao Vizcaya Argentaria, Francisco González.

"This expedition will not only circumnavigate the globe, but also breathe new life into Spanish oceanography by combining efforts and generating a new culture of cooperation." It is an ambitious project on a global scale, which aims to meet two important needs: to assess the impact of global change on the ocean and explore the as yet unknown ecosystem of the deep ocean," Duarte highlighted.

The Hespérides will be joined in January next year by the Sarmiento de Gamboa. Together they will spend a cumulative total of around 9 months at sea and cover some 33,000 nautical miles (one nautical mile is equal to just over 1.8 kilometres). The lion's share of this distance will be covered by the Hespérides, which will sail a route from Cádiz, taking in Río de Janeiro, Cape Town, Perth, Sidney, Auckland, Honolulu, Panamá and Cartagena de Indias, ending next July in Cartagena (Spain). For its part, the Sarmiento de Gamboa will cross the Atlantic from Las Palmas de Gran Canaria to Santo Domingo. During their stopovers in port, the two ships will be running a series of lectures and other events to raise awareness about the effects of global change, highlight the importance of marine research, and describe the Malaspina expedition.

In total, over 250 researchers from 19 Spanish institutions will be taking part in the project. This figure rises to almost 400 if we include the students and researchers at the 16 associated foreign institutions, which include the NASA, the European Space Agency, and the Universities of California, Río de Janeiro, Washington and Vienna.

The expedition is being run as a project under the Consolider-Ingenio 2010 programme, which is funded by the Ministry of Science and Innovation.

It involves 27 research groups from the CSIC, the Instituto Español de Oceanografía, 16 Spanish universities, a museum, a public research foundation and the Spanish Navy. The funding, which is being provided by the CSIC, the Spanish Navy and the Fundación BBVA, along with a number of Spanish universities and regional governments, comes to a total of around 6 million euros.

The scientific goal of the expedition is to conduct a multidisciplinary study evaluating the impact of global change and exploring the biodiversity of the deep ocean. This will involve measuring temperature, salinity and nutrient concentration in the various different ocean regions, studying the exchange of gases between the ocean and the atmosphere, and determining the fate of CO2 absorbed by the sea, and the influence of chemical substances on the ocean and their possible toxicity. The expedition will also explore the diversity and metabolism of phytoplankton and zooplankton and the micro-organisms of the sea's depths.

The team will perform tests at 350 points and collect over 70,000 samples of air, water and plankton everywhere from the surface down to depths of 5,000 metres. One of the milestones of the project is the launch of 19 Argo buoys which will measure the ocean's temperature and salinity, in 10-day cycles, from the surface down to a depth of 2000 metres, many of them in zones that have never been monitored. A further 20 buoys will be launched, designed specifically for the project, which will measure the salinity at a depth of 50 centimetres and send the data via the SMOS satellite. This will enable the first satellite map of marine salinity to be charted, through a collaboration between the Malaspina project and the European Space Agency.

The samples taken will go to make up the Malaspina 2010 Collection, which will also include information and images describing the progress of the expedition. A set of samples will be sealed and stored for several decades as a time capsule awaiting new scientific developments and so as to bequeath future generations an extensive collection of material for research and for use in developing new techniques.

The project also aims to stimulate marine sciences in Spain and to encourage young people to take up a career in science. Indeed, over 50 young people will be completing their postgraduate studies, embarking on a section of the survey in order to collect information for their masters' dissertation or doctoral thesis through the Programa de Doctorado Expedición Malaspina Fundación BBVA-CSIC programme, jointly funded by the two institutions.

Alejandro Malaspina: from hero to traitor

The expedition, of which the full name is Expedición de Circunnavegación Malaspina 2010: Cambio Global y Exploración de la Biodiversidad del Océano Global (Malaspina Circumnavegation Expedition 2010: Global Change and Exploration of the Biodiversity of the World's Oceans) has been named after the sailor Alejandro Malaspina (Mulazzo, 1754 – Pontremoli, 1810), a frigate captain in the Spanish Navy, who died 200 years ago this year.

In July 1789, Malaspina led the frigates the Descubierta and the Atrevida on the first Spanish circumnavigation expedition. During the voyage, which lasted five years, researchers collected data, charted territories, recorded fauna and explored the sea.

After the expedition Malaspina was promoted, but later accused of conspiracy, and finally imprisoned and then exiled, resulting in his expedition's being forgotten until the late 20th century. The project being led by the CSIC aims, 200 years after the explorer's death, to restore to Malaspina's pioneering expedition the prominence it deserves.

Malaspina 2010, the biggest ever expedition on global change, sets sail 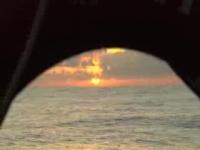