Professor Nelson Tansu of Lehigh University's P.C. Rossin College of Engineering and Applied Science has been named a Fellow of the National Academy of Inventors (NAI).

Tansu, Lehigh's Daniel E. '39 and Patricia M. Smith Endowed Chair Professor in Photonics and Nanoelectronics, is widely regarded as one of the world's leading researchers and inventors in the field of semiconductor optoelectronics materials and devices.

"In particular," says current NAI Fellow and National Academy of Engineering member Steven DenBaars, Professor of Materials and Electrical & Computer Engineering, University of California Santa Barbara, "his inventions in the dilute nitride materials of GaInAsN paved the way for vastly improved lighting emitters and lasers in the infrared and telecommunication wavelengths. His innovations in the physics of low-dimensional semiconductor nanostructures, and in metal-organic chemical vapor deposition (MOCVD) of III-Arsenide and III-V Nitride semiconductor optoelectronics devices, are world-class."

"I am truly humbled by this recognition as an NAI Fellow," says Tansu. "These are distinguished individuals who have contributed significant advances and innovation in science and engineering. It's incredibly gratifying even to be considered for such an honor."

"I would like to express my sincere gratitude to Lehigh as an institution, and to my colleagues and students," he continues. "My entire professional career has been at Lehigh University, where great support and a team-centered environment allow creative and innovative groups of students, postdoctoral researchers, and faculty to work together to produce some amazing results. This honor belongs to Lehigh."

Innovation at the smallest of scales

As founding director of Lehigh's Center for Photonics and Nanoelectronics (CPN), Tansu leads a multidisciplinary research team encompassing electrical engineers, material scientists, applied scientists, and physicists to transform the science of photonics and nanoelectronics in ways that help us develop material devices and device architecture to meet society's grand challenges.

"Think of CPN as an applied science center where we work to connect basic science to technologies," he says. "Our goal is to build a vertically-integrated platform of faculty expertise and research capabilities to solve issues that require innovation in materials, devices, systems, and computational aspects. This integration enables our faculty and students to work on advancing the frontiers of science and technology, with impact in sustainable and energy technologies, healthcare and biotechnologies, communications, and sensors."

Tansu's work has been published widely in more than 114 refereed journal and 230+ conference publications, and he currently holds 16 U.S. patents -- including seven that are licensed and/or used in industry. He has served as a panelist for the National Science Foundation, Department of Energy, and other agencies in the U.S. and abroad, and has given numerous lectures, seminars, and invited talks in universities, research institutions, and conferences around the world. His work has been funded by the National Science Foundation, Department of Energy, DARPA, Department of Defense, and the State of Pennsylvania.

At Lehigh, Tansu is constantly on the lookout for collaboration opportunities at the intersection of disciplines. He has worked with chemical engineers, material scientists, mechanical engineers, physicists, chemists, applied physicists, and other electrical engineers. As recent examples, a chance encounter with Brandon Krick, assistant professor of mechanical engineering, led to groundbreaking research into the mechanical durability of gallium nitride, a material his lab has spent quite some time exploring; another recent partnership with new Lehigh associate professor Jonathan Wierer is yielding insight into improving the efficiency of solid-state lighting by using nanostructure lasers.

"Lehigh's research environment is purpose-built to foster interdisciplinary team science," says Tansu. "Innovation is often found where disciplines intersect--as are the really fascinating research problems. This is exactly what CPN researchers aspire to build and develop. We build integrated teams that explore larger, more complex problems in a manner that allows us to develop more impactful solutions."

"The product of an academic research lab is not just the technology we develop," he says. "Much more impactful are the students who engage in our work and come out the other side ready to identify and explore their own ways to change the world."

PhDs minted in Tansu's lab have gone on to technical leadership roles in industry at places like Philips, Apple, Intel, Cree, and Veeco, while other graduates have found success in faculty roles at schools such as Case Western Reserve University, University of Tulsa, Rochester Institute of Technology, Clarkson University, and KAUST (Saudi Arabia).

The Boy Who Loved to Read

In the Summer of 2015, Tansu shared his life story on Kick Andy, the top-rated TV talk show in his native Indonesia. Later that year, that story became an inspirational children's book through Nelson: The Boy Who Loved to Read, by author Adela Gozali Yose.

The book details Nelson's early life as he struggled to fit in with peers while feeding his voracious intellectual curiosity. His hard work and dedication to learning--even life lessons on the badminton court--paid off, and at the age of 17 he traveled to the United States to attend The University of Wisconsin at Madison, where he earned undergraduate and doctoral degrees in applied physics and engineering.

Tansu joined the faculty of Lehigh University's Department of Electrical and Computer Engineering at age 25. Eleven years later, in 2014 he was named as Lehigh's Daniel E. '39 and Patricia M. Smith Endowed Chair Professor and Director of the Center for Photonics and Nanoelectronics.

Gramedia, the largest book publisher and distributor in Indonesia, released an English version of the book in late 2015. The Indonesian version of the book, Nelson Si Kecil yang Suka Baca, ranked as one of the bestsellers in the 'children's educational' category.

"This is an inspirational book with great impact for Indonesian children," said Siti Gretiani, General Manager of Gramedia. "The book highlights the importance of reading and education, and stresses the significance of having big dreams and the persistence required to achieve them. These values are delivered through a fun and captivating story complete with colorful and vibrant illustration, and we're working to make it as widely accessible as possible to children in all corners of Indonesia."

The pro-education community in Indonesia leapt into action to leverage the book's goal of opening young minds to the power of education. Numerous foundations, corporations, agencies, and even private donors have distributed the book to needy communities and orphanages throughout Indonesia. The book was selected as the highlighted children's book at this year's Indonesian International Book Fair, and as one of the books representing Indonesia in the 2015 Frankfurt Book Fair. Tansu says the goal is to highlight the book's central message about the importance of education--and of persistence in pursuing one's goals.

"The videos and Instagram photos of children poring over the book intently and with great enthusiasm are truly touching to me," he says. "If the story plants a few seeds among those children, if a few of them think 'if he can do it, so can I,' then I think we'll have achieved something truly valuable."

With the election of the NAI's 2016 class, there are now 757 Fellows representing 229 research universities and governmental and non-profit research institutes. The 2016 Fellows are named inventors on 5,437 issued U.S. patents, bringing the collective patents held by all NAI Fellows to more than 26,000.

Academic inventors and innovators elected to the rank of NAI Fellow are named inventors on U.S. patents and were nominated by their peers for outstanding contributions to innovation in areas such as patents and licensing, innovative discovery and technology, significant impact on society, and support and enhancement of innovation. The 2016 NAI Fellows were evaluated by a selection committee which included 19 members, comprising NAI Fellows, recipients of U.S. National Medals, National Inventors Hall of Fame inductees, members of the National Academies and senior officials from the USPTO, National Institute of Standards and Technology, Association of American Universities, American Association for the Advancement of Science, Association of Public and Land-grant Universities, Association of University Technology Managers, and other prominent organizations.

The 2016 Fellows will be inducted on April 6, 2017, as part of the Sixth Annual Conference of the National Academy of Inventors at the John F. Kennedy Presidential Library & Museum in Boston, MA. 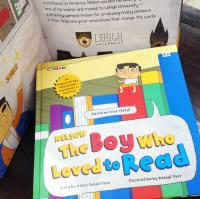