An evolutionary milestone of higher organisms such as algae, plants, and animals was the provision of cells with cell organelles, small compartments which, like the cell nucleus, perform certain tasks. Professor Edward Lemke recently designed a membraneless organelle in a living cell that is able to build special proteins. Now Lemke will receive an ERC Advanced Grant of EUR 2.5 million to develop the method further. The aim is to engineer cells with multiple genetic codes that produce synthetic proteins for biomedical basic research, biotechnological applications, and bioinspired materials. An ERC Advanced Grant is the most richly endowed EU funding program, awarded by the European Research Council (ERC) to outstanding researchers. Lemke's field is biophysical chemistry and he is Professor of Synthetic Biophysics at Johannes Gutenberg University Mainz (JGU) as well as Adjunct Director at the Institute of Molecular Biology (IMB) in Mainz.

The genetic code dictates how the base triplets of an RNA strand are translated into a protein. This very simple principle is the basis for the huge variety of life forms, from simple bacteria to complex organisms such as plants and humans. With an extended genetic code, more than 200 synthetic amino acids - the building blocks of proteins - can be used to generate proteins, in addition to the 22 naturally occurring amino acids. So far, there has never been a life form, natural or synthetic, with two or more independently acting, extended genetic codes. Professor Edward Lemke is hoping to change this in the EU-funded "MultiOrganelleDesign" project: "Our aim is to create a cell with four or five different genetic codes that can build different proteins."

If several organelles with their own genetic code are present in a cell, proteins could be produced in a very selective manner. These proteins could then be easily marked to make them visible to imaging methods in their natural environment in the cell. The expectations are that this procedure would be far more precise than the fluorescence techniques used to date. "At the same time, we want to ensure that the host cell is affected as little as possible by the new organelles, so that there are no side effects," explained Lemke.

In addition to this basic research, the project team will also be focusing on the development of specific applications. High-resolution methods can help researchers understand the multifunctionality of proteins such as, for example, the important role they play in gene regulation. Even completely synthetic proteins with integrated innovative features such as antibodies would be conceivable.

The innovative concept is mainly based on using membraneless organelles that are introduced into cells. "We have to leave behind the traditional way of thinking, whereby everything takes place in one membrane-encapsulated compartment," said Lemke. His pioneering team was the first to begin engineering membraneless organelles for protein translation in cells. The advances made in recent decades have shown that protein design and protein engineering can revolutionize biology. "We can barely begin to imagine what we can achieve with functional designer organelles in cells," emphasized Lemke.

Edward Lemke is Professor of Synthetic Biophysics at Johannes Gutenberg University Mainz, Adjunct Director at the Institute of Molecular Biology (IMB), and Visiting Group Leader at the European Molecular Biology Laboratory (EMBL). He also coordinates the DFG Priority Program on "Molecular Mechanisms of Functional Phase Separation". Lemke is an entrepreneur and chief scientific officer (CSO) of the biotech startup Araxa Biosciences, which is developing protein engineering methods for cancer therapy.

ERC Advanced Grants are awarded to outstanding researchers to enable them to undertake projects considered to be highly speculative due to their innovative approach, but which, because of this, can open up access to new approaches in the corresponding research field. Only researchers who have already made significant breakthroughs and have been successfully working for at least ten years at the highest levels of international research are eligible for the grant. The only criteria considered in awarding ERC funding are the academic excellence of the researcher in question and the nature of their research project. An ERC grant thus also represents acknowledgement of the recipient's individual achievements. 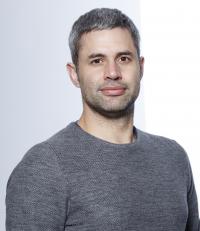