Astronomers have for the first time used distant galaxies as 'scintillating pins' to locate and identify a piece of the Milky Way's missing matter.

For decades, scientists have been puzzled as to why they couldn't account for all the matter in the universe as predicted by theory. While most of the universe's mass is thought to be mysterious dark matter and dark energy, 5 percent is 'normal matter' that makes up stars, planets, asteroids, peanut butter and butterflies. This is known as baryonic matter.

However, direct measurement has only accounted for about half the expected baryonic matter.

Yuanming Wang, a doctoral candidate in the School of Physics at the University of Sydney, has developed an ingenious method to help track down the missing matter. She has applied her technique to pinpoint a hitherto undetected stream of cold gas in the Milky Way about 10 light years from Earth. The cloud is about a trillion kilometres long and 10 billion kilometres wide but only weighing about the mass of our Moon.

The results, published in the Monthly Notices of the Royal Astronomical Society, offer a promising way for scientists to track down the Milky Way's missing matter.

"We suspect that much of the 'missing' baryonic matter is in the form of cold gas clouds either in galaxies or between galaxies," said Ms Wang, who is pursuing her PhD at the Sydney Institute for Astronomy.

"This gas is undetectable using conventional methods, as it emits no visible light of its own and is just too cold for detection via radio astronomy," she said.

What the astronomers did is look for radio sources in the distant background to see how they 'shimmered'.

"We found five twinkling radio sources on a giant line in the sky. Our analysis shows their light must have passed through the same cold clump of gas," Ms Wang said.

Just as visible light is distorted as it passes through our atmosphere to give stars their twinkle, when radio waves pass through matter, it also affects their brightness. It was this 'scintillation' that Ms Wang and her colleagues detected.

Dr Artem Tuntsov, a co-author from Manly Astrophysics, said: "We aren't quite sure what the strange cloud is, but one possibility is that it could be a hydrogen 'snow cloud' disrupted by a nearby star to form a long, thin clump of gas."

Hydrogen freezes at about minus 260 degrees and theorists have proposed that some of the universe's missing baryonic matter could be locked up in these hydrogen 'snow clouds'. They are almost impossible to detect directly.

"However, we have now developed a method to identify such clumps of 'invisible' cold gas using background galaxies as pins," Ms Wang said.

Ms Wang's supervisor, Professor Tara Murphy, said: "This is a brilliant result for a young astronomer. We hope the methods trailblazed by Yuanming will allow us to detect more missing matter."

Dr Keith Bannister, Principal Research Engineer at CSIRO, said: "It is ASKAP's wide field of view, seeing tens of thousands of galaxies in a single observation that allowed us to measure the shape of the gas cloud."

Professor Murphy said: "This is the first time that multiple 'scintillators' have been detected behind the same cloud of cold gas. In the next few years, we should be able to use similar methods with ASKAP to detect a large number of such gas structures in our galaxy."

Ms Wang's discovery adds to a growing suite of tools for astronomers in their hunt for the universe's missing baryonic matter. This includes a method published last year by the late Jean-Pierre Macquart from Curtin University who used CSIRO's ASKAP telescope to estimate a portion of matter in the intergalactic medium using fast radio bursts as 'cosmic weigh stations'.

Ms Wang and Professor Murphy's research was done in collaboration with CSIRO, Manly Astrophysics, the University of Wisconsin-Milwaukee and the ARC Centre of Excellence for Gravitational Wave Discovery, OzGrav.

DOWNLOAD the illustration, photos and a copy of the research at this link.

The Australian Square Kilometre Array Pathfinder is part of the Australia Telescope National Facility which is managed by CSIRO, Australia's national science agency. ASKAP uses the resources of the Pawsey Supercomputing Centre. Establishment of ASKAP, the Murchison Radio-astronomy Observatory and the Pawsey Supercomputing Centre are initiatives of the Australian Government, with support from the Government of Western Australia and the Science and Industry Endowment Fund.

Yuanming Wang is supported by the China Scholarship Council. Tara Murphy acknowledges the support of the Australian Research Council. David Kaplan is supported by a US National Science Foundation grant. This work used resources of China SKA Regional Centre prototype funded by the National Key R&D Programme of China and the Chinese Academy of Sciences.

The researchers acknowledge the Wajarri Yamatji as the traditional owners of the Murchison Radio-astronomy Observatory site. 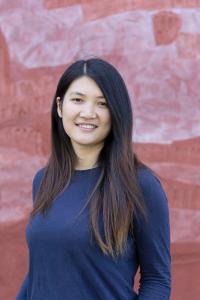