The University of Chicago, the Marine Biological Laboratory (MBL), and the U.S. Department of Energy's Argonne National Laboratory announced today a new partnership called The Microbiome Center that will combine the three institutions' efforts to understand the identity and function of microbes across environments.

These microbial communities--bacteria, viruses and fungi--affect every ecosystem on earth, including human bodies, oceans, our homes, and the land around us.

The new center dovetails with the White House Office of Science and Technology Policy's National Microbiome Initiative, launched today with the goal of bringing together public and private entities to advance the understanding of microbiome behavior and enable protection and restoration of healthy microbiome function. [More info at http://ow.ly/l7rS300aoKF].

"In the past few years we've seen a state change in understanding the roles bacteria play in our world," said Jack Gilbert who will serve as the Center's faculty director. Gilbert, a professor in UChicago's Department of Surgery, has research affiliations at both MBL and Argonne. "This is a unique opportunity to take that knowledge and help drive the next generation of microbiome research forward."

The Microbiome Center aims to support the research community across the three institutions building on a long tradition of research excellence and collaboration. It will also enable rapid translation to private and clinical sectors, and train a new generation of scientists able to take on fundamental questions about the microbiome, Gilbert said.

"The University of Chicago, MBL and Argonne have already conducted some of the most influential research aimed at understanding and characterizing microorganisms," said Argonne Director Peter B. Littlewood. "We want to capitalize on this history and expertise in order to advance our capabilities and explore problems that are critical for modern society."

"This will let us run faster, jump higher, think bigger, and tackle the most important questions facing the field, particular as they impact life in our oceans," said Marine Biological Laboratory President and Director Huntington Willard.

In the last decade, new techniques--many pioneered at the participating institutions--have allowed researchers to peek at the hidden communities of microbes that populate our world by the trillions.

These studies revealed that microorganisms have complex relationships that affect plants, crops and buildings, and are major players in moving carbon and other elements through massive global cycles. And they live on and in animals and humans, where they both cause and prevent disease--and also regulate some of our most essential functions.

"A greater understanding of microbial communities could affect everything from medicine to agriculture to marine systems and urban development," Gilbert said.

Microbiome research pulls from many disciplines, including microbiology, immunology, genomics, ecology and evolution, surgery, computation, bioengineering and many more; each institution brings its own expertise to the mix. Argonne has deep expertise in environmental microbiology and sequencing techniques. The Marine Biological Laboratory has extensively studied microbial populations living in oceans, in coastal waterways, and in organisms ranging from marine animals to humans. The University of Chicago is a leader in ecological research, and its medical center has increased its focus on human microbiology and its relation to human health.

Eugene Chang, a professor of biomedical sciences at the University of Chicago who sits on the steering committee for the new Center, highlighted the importance of collaboration to facilitate his research into the role of the microbiome in human health problems, such as obesity and metabolism.

"It really wouldn't have been possible to answer any of these questions from a single laboratory," he said. "You could see how each of us look at the same question and each take a different approach. You really needed this multidisciplinary expertise to make discoveries about fundamental principles."

"It's really a human need," said Cathy Pfister, another steering committee member who is a professor in the University of Chicago's department of ecology and evolution studying ocean microbes. "We're talking about how ecosystems will manage changes caused by humans--and that will help us understand how we can continue to reap the benefits of the oceans, such as seafood, oxygen and water filtering."

"The new Center will broaden the look we have at the microbiome," Willard said. "By asking the same questions on different settings and scales, my guess is that we will discover similar principles at work from people studying inner city microbes and those in deep oceans--and that's where we can say something fundamental about how life works."

One of the world's premier academic and research institutions, the University of Chicago has pioneered new ways of thinking since its founding in 1890. With a commitment to free, rigorous and open inquiry into the world's toughest problems, UChicago scholars take an interdisciplinary approach to research that spans arts to engineering, medicine to education and have worked around the world to help create new fields of study. With preeminent undergraduate and graduate programs, 157,000 alumni and numerous permanent centers around the world, the impact of the University of Chicago today is greater than ever. 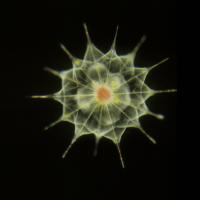