Fighting ants, giant solider termites, and foraging worker ants recently discovered in 100-million-year-old amber provide direct evidence for advanced social behavior in ancient ants and termites--two groups that are immensely successful because of their ability to organize in hierarchies. The new work, led by scientists at the American Museum of Natural History and the University of Kansas, and published today in two papers in the journal Current Biology, proves that advanced sociality in ants and termites was present tens of millions of years earlier than indicated by the previous fossil record.

"Ecologically, advanced sociality is one of the most important adaptive features for animals," said co-author Dave Grimaldi, a curator in the Museum's Division of Invertebrate Zoology. "All ants and termites are social, and they are ubiquitous across terrestrial landscapes, with thousands of described species and probably even more that we haven't yet found."

Advanced sociality, or eusociality, a hallmark of which is reproductive specialization into worker and queen castes, is essentially a phenomenon of the group of invertebrates known as arthropods. Queens and reproductive males take the roles as the sole reproducers while the soldiers and workers defend and care for the colony. Eusociality occurs in a range of arthropods, from some shrimp, beetles, and aphids, to various wasps, though the phenomenon is nowhere more pronounced than in honey bees, ants, and termites. (Among vertebrates, eusociality is found in just two species of African mole rats.)

Eusociality is thought to have appeared first in termites in the Late Jurassic, about 150-160 million years ago. However, before the new work, the earliest termites ever found that could definitively be tied to a caste system were from the Miocene, a mere 20 to 17 million years ago. A similar story held true for ants, whose evolutionary history with eusociality was also thought to be long, but only weakly supported by the fossil record.

"In the Cretaceous amber we examine, the ants and termites represent the earliest branches of each evolutionary tree, and the species are wildly different from what their modern relatives look like today," said co-author Phillip Barden, a recent graduate of the comparative biology doctoral program at the Museum's Richard Gilder Graduate School and a National Science Foundation Postdoctoral Fellow at Rutgers University. "We wanted to know how social these creatures were, if they were social at all."

A number of spectacular pieces of amber recently recovered from Myanmar gave Barden, Grimaldi, and their colleagues a clear answer: Eusociality was going strong in both groups during the Cretaceous.

In termites, the researchers made this determination based on the diverse anatomy of the animals, indicating the presence of castes. They found six different termite species preserved in the amber, two of which are new to science: Krishnatermes yoddha, comprising workers, reproductives, and soldiers; and Gigantotermes rex, based on one of the largest soldier termites ever found--about an inch in length, half of it being its head, with scissor-like jaws.

The amber ant fossils froze a number of eusocial behaviors in time. Those include: the presence of different castes, including queen ants and workers; groups of worker ants in single pieces of amber, probably nestmates foraging together; and two workers of different ant species engaging in combat.

"We know that wingless solitary relatives of ants don't fight or defend territories against other species," Barden said. "But modern ants war all of the time. The behavior of these fossil ants, frozen for 100 million years, resolves any ambiguity regarding sociality and diversity in the earliest ants."

Other authors on this work include Michael S. Engel, a professor at the University of Kansas and a research associate at the Museum; and Mark Riccio, from Cornell University.

The American Museum of Natural History, founded in 1869, is one of the world's preeminent scientific, educational, and cultural institutions. The Museum encompasses 45 permanent exhibition halls, including the Rose Center for Earth and Space and the Hayden Planetarium, as well as galleries for temporary exhibitions. It is home to the Theodore Roosevelt Memorial, New York State's official memorial to its 33rd governor and the nation's 26th president, and a tribute to Roosevelt's enduring legacy of conservation. The Museum's five active research divisions and three cross-disciplinary centers support approximately 200 scientists, whose work draws on a world-class permanent collection of more than 33 million specimens and artifacts, as well as specialized collections for frozen tissue and genomic and astrophysical data, and one of the largest natural history libraries in the world. Through its Richard Gilder Graduate School, it is the only American museum authorized to grant the Ph.D. degree and, beginning in 2015, the Master of Arts in Teaching degree, which began as a pilot in 2012 and is the only non-university affiliated such program in the United States. Annual attendance has grown to approximately 5 million, and the Museum's exhibitions and Space Shows can be seen in venues on five continents. The Museum's website and collection of apps for mobile devices extend its collections, exhibitions, and educational programs to millions more beyond its walls. Visit amnh.org for more information. 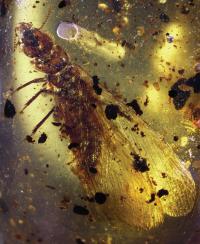 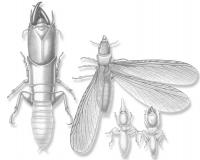