New research on the ability of honeybees to taste with claws on their forelegs reveals details on how this information is processed, according to a study published in the open-access journal, Frontiers in Behavioral Neuroscience.

Insects taste through sensilla, hair-like structures on the body that contain receptor nerve cells, each of which is sensitive to a particular substance. In many insects, for example the honeybee, sensilla are found on the mouthparts, antenna and the tarsi – the end part of the legs. Honeybees weigh information from both front tarsi to decide whether to feed, finds the latest study led by Dr. Gabriela de Brito Sanchez, researcher, University of Toulouse, and Dr. Martin Giurfa, Director of the Research Centre on Animal Cognition, University of Toulouse, France.

Hundreds of honeybees were included in the study. Sugary, bitter and salty solutions were applied to the tarsi of the forelegs to test if this stimulated the bees to extend or retract their tongue – reflex actions that indicate whether or not they like the taste and are preparing to drink. Results revealed that honeybee tarsi are highly sensitive to sugar: even dilute sucrose solutions prompted the bees to extend their tongue. Measurements of nerve cell activity showed that the part of the honeybee tarsus most sensitive to sugary tastes is the double claw at its end. Also, the segments of the tarsus before the claws, known as the tarsomeres, were found to be highly sensitive to saline solutions.

"Honeybees rely on their color vision, memory, and sense of smell and taste to find nectar and pollen in the ever-changing environment around the colony," says Dr. Giurfa. "The high sensitivity to salts of the tarsomeres and to sugar of the tarsal claws is impressive given that each tarsus has fewer sensilla than the other sense organs. The claw's sense of taste allows workers to detect nectar immediately when they land on flowers. Also, bees hovering over water ponds can promptly detect the presence of salts in water through the tarsomeres of their hanging legs."

But what if honeybees receive contradictory information, for example, about tasty sucrose from the right foreleg, but about water or distasteful caffeine from the left? The central nervous system of honeybees weighs this information from both sides, but unequally: input from the side that is first to taste something tasty or distasteful counts for more. For example, if a bee first tasted sucrose on one side, she would typically extend her tongue and subsequently ignore less attractive tastes on the other. But if the order was reversed, she was around 50% less likely than normally to extend her tongue for sucrose.

1. For a copy of the embargoed paper, please contact Gozde Zorlu: press@frontiersin.org

2. Please refer to the source of publication, Frontiers in Neuroscience, and for online articles, please include a link to the study: http://www.frontiersin.org/Journal/10.3389/fnbeh.2014.00025/abstract

Media requests should be directed to:

Frontiers is a community driven open-access publisher and research networking platform. Launched and run by scientists since 2007, Frontiers empowers researchers to advance the way science is peer-reviewed, evaluated, published, communicated, and shared in the digital era. Frontiers joined the Nature Publishing Group family in 2013. The "Frontiers in" journal series has published 16,000 peer-reviewed articles, which receive 6 million monthly views, and are supported by over 100,000 editors, reviewers and authors world-wide. 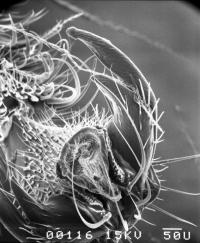 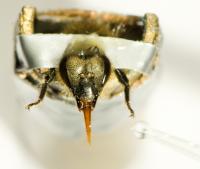