Scientists from international conservation charity ZSL (Zoological Society of London) have for the first time put an economic figure on the herbicidal resistance of a major agricultural weed that is decimating winter-wheat farms across the UK.

A vital ingredient in mince pies, biscuits and stuffing - and of course a large amount fed to turkeys, the future of Christmas dinners containing wheat could be at risk, with the persistent weed making its way across British fields.

Black-grass (Alopecurus myosuroides) is a native annual weed which although natural, large infestations in farmers' fields can force them to abandon their winter wheat - the UK's main cereal crop. Farmers have been using herbicides to try and tackle the black-grass problem - but in many areas of England the agricultural weed is now resistant to these herbicides. The cost of black-grass heralded as 'Western Europe's most economically significant weed', is setting back the UK economy £400 million and 800,000 tonnes of lost wheat yield each year, with potential implications for national food security.

Published in Nature Sustainability today (23 December 2019), researchers from ZSL's Institute of Zoology, Rothamsted Research and Sheffield University have devised a new model which helps quantify the economic costs of the resistant weed and its impact on yield under various farming scenarios.

An estimated four million tonnes of pesticide are applied to crops worldwide each year. There are 253 known herbicide-resistant weeds already, and unlike the known-costs to the economy of human antibiotic resistance - which runs into trillions of dollars - estimates of the costs of resistance to agricultural xenobiotics (e.g. antimycotics, pesticides) are severely lacking.

Over-use of herbicides can lead to poor water quality and causes loss of wild plant diversity and indirect damage to surrounding invertebrate, bird and mammal biodiversity relying on the plants.

The ZSL research found the UK is losing 0.82 million tonnes in wheat yield each year (equivalent to roughly 5% of the UK's domestic wheat consumption) due to herbicide resistant black-grass. The worst-case scenario - where all fields contained large amounts of resistant black-grass - is estimated to result in an annual cost of £1 billion, with a wheat yield loss of 3.4 million tonnes per year.

Lead author and postdoctoral researcher at ZSL's Institute of Zoology, Dr Alexa Varah said: "This study represents the first national-scale estimate of the economic costs and yield losses due to herbicide resistance, and the figure is shockingly higher than I think most would imagine.

"We need to reduce pesticide use nationwide, which might mean introducing statutory limits on pesticide use, or support to farmers to encourage reduced use and adoption of alternative management strategies. Allocating public money for independent farm advisory services and research and development could help too."

Management industry recommendations have so far advised using a mixture of herbicides, designed to prevent the evolution of 'specialist' resistance, however alarmingly recent research has revealed that this method actually alters the type of resistance to a more generalist resistance, giving resistance to chemicals the plants have never been exposed to.

Glyphosate is now one of the few herbicides that black-grass has not evolved resistance to, with farmers now reliant on repeated applications to control the weed. However, evidence from a recent study shows that resistance to glyphosate is now evolving in the field too.

"Currently resistance management is the responsibility of individual practitioners, but this isn't a sustainable approach. It should be regulated through a national approach, linking the economic, agricultural, environmental and health aspects of this issue in a National Action Plan - that also targets glyphosate resistance.

"Understanding the economic and potential food security issues is a vital step, before looking at biodiversity, carbon emissions and water quality impacts in greater detail. We hope to use this method to aid the development of future models to help us understand how British farmers battling black-grass could do it in a way that is more beneficial to biodiversity like insects, mammals, wild plants and threatened farmland bird species like skylarks, lapwing and tree sparrows - unearthing how their numbers are linked to changes in farming practices."

This research was conducted alongside Rothamsted Research and University of Sheffield.

In Europe, resistant black-grass has been recorded in 14 countries, including Europe's top wheat producers (Germany and France). European wheat consumption is forecast to increase slightly over the next 10 years. It is advised that wheat-producing countries undertake their own national-scale resistance impact assessments.

Joined-up legislation could help encourage this: resistance could be incorporated into existing legislation such as the EU Directive on the Sustainable Use of Pesticides, which already legislates to reduce pesticide risk to human health and the environment. A National Action Plan should be formulated after public consultation and a process of consensus-building and collaboration, informed by an assessment of the economic outcomes of reducing herbicide use and the cost-effectiveness of a range of potential mitigation strategies.

Pesticide resistance is implicated in three elements of the UN's water-food-energy-ecosystems nexus - so there is a clear need to assess its impact on the economy. The problem is much worse in the US and a US-wide assessment of costs and yield losses should be undertaken as matter of urgency to inform their national-food security planning.

Rothamsted Research is the longest-running agricultural research institute in the world. We work from gene to field with a proud history of ground-breaking discoveries, from crop treatment to crop protection, from statistical interpretation to soils management. Our founders, in 1843, were the pioneers of modern agriculture, and we are known for our imaginative science and our collaborative influence on fresh thinking and farming practices. Through independent science and innovation, we make significant contributions to improving agri-food systems in the UK and internationally. We are strategically funded by the Biotechnology and Biological Sciences Research Council (BBSRC), with additional support from other national and international funding streams, and from industry. We are also supported by the Lawes Agricultural Trust (LAT). For more information, visit https://www.rothamsted.ac.uk/; Twitter @Rothamsted

With almost 27,000 of the brightest students from over 140 countries, learning alongside over 1,200 of the best academics from across the globe, the University of Sheffield is one of the world's leading universities. A member of the UK's prestigious Russell Group of leading research-led institutions, Sheffield offers world-class teaching and research excellence across a wide range of disciplines. Unified by the power of discovery and understanding, staff and students at the university are committed to finding new ways to transform the world we live in. Sheffield is the only university to feature in The Sunday Times 100 Best Not-For-Profit Organisations to Work For 2017 and was voted the number one university in the UK for Student Satisfaction by Times Higher Education in 2014. In the last decade it has won four Queen's Anniversary Prizes in recognition of the outstanding contribution to the United Kingdom's intellectual, economic, cultural and social life. Sheffield has six Nobel Prize winners among former staff and students and its alumni go on to hold positions of great responsibility and influence all over the world, making significant contributions in their chosen fields. Global research partners and clients include Boeing, Rolls-Royce, Unilever, AstraZeneca, GlaxoSmithKline, Siemens and Airbus, as well as many UK and overseas government agencies and charitable foundations. 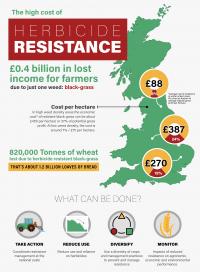 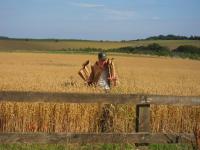