Scientists have long known that atmospheric convection in the form of hurricanes and tropical ocean thunderstorms tends to occur when sea surface temperature rises above a threshold. The critical question is, how do rising ocean temperatures with global warming affect this threshold? If the threshold does not rise, it could mean more frequent hurricanes.

According to a new study by researchers at the International Pacific Research Center (IPRC) of the University of Hawaii at Manoa (UHM), this threshold sea surface temperature for convection is rising under global warming at the same rate as that of the tropical oceans. Their paper appears in the Advance Online Publications of Nature Geoscience.

"The correspondence between the two time series is rather remarkable," says lead author Johnson. "The convective threshold and average sea surface temperatures are so closely linked because of their relation with temperatures in the atmosphere extending several miles above the surface."

The change in tropical upper atmospheric temperatures has been a controversial topic in recent years because of discrepancies between reported temperature trends from instruments and the expected trends under global warming according to global climate models. The measurements from instruments have shown less warming than expected in the upper atmosphere. The findings of Johnson and Xie, however, provide strong support that the tropical atmosphere is warming at a rate that is consistent with climate model simulations.

"This study is an exciting example of how applying our knowledge of physical processes in the tropical atmosphere can give us important information when direct measurements may have failed us," Johnson notes.

This work was supported by grants from NOAA, NSF, NASA, and JAMSTEC.

The International Pacific Research Center (IPRC) of the School of Ocean and Earth Science and Technology (SOEST) at the University of Hawai'i at Mānoa, is a climate research center founded to gain greater understanding of the climate system and the nature and causes of climate variation in the Asia-Pacific region and how global climate changes may affect the region. Established under the "U.S.-Japan Common Agenda for Cooperation in Global Perspective" in October 1997, the IPRC is a collaborative effort between agencies in Japan and the United States. 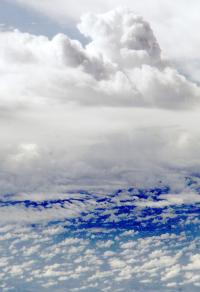