A new study has revealed that fungi, often seen as pests, play a crucial role policing biodiversity in rainforests.

The Oxford University-led research found that fungi regulate diversity in rainforests by making dominant species victims of their own success. Fungi spread quickly between closely-packed plants of the same species, preventing them from dominating and enabling a wider range of species to flourish.

'In the plant world, close relatives make bad neighbours,' said Dr Owen Lewis of Oxford University's Department of Zoology, who led the study. 'Seedlings growing near plants of the same species are more likely to die and we now know why. It has long been suspected that something in the soil is responsible, and we've now shown that fungi play a crucial role. It's astonishing to see microscopic fungi having such a profound effect on entire rainforests.

'Fungi prevent any single species from dominating rainforests as they spread more easily between plants and seedlings of the same species. If lots of plants from one species grow in the same place, fungi quickly cut their population down to size, levelling the playing field to give rarer species a fighting chance. Plots sprayed with fungicide soon become dominated by a few species at the expense of many others, leading to a marked drop in diversity.'

The study, published in Nature, looked at seedling plots across 36 sampling stations in the Chiquibul Forest Reserve, Belize. It was carried out by scientists at Oxford University and Sheffield University and funded by the Natural Environment Research Council (NERC).

Researchers sprayed plots with water, insecticide or fungicide every week for 17 months. They found that the fungicide Amistar® dealt a significant blow to diversity, reducing the effective number of species by 16%. While the insecticide did change the composition of surviving species, it did not have an overall impact on diversity.

'We expected that removal of both fungi and insects would have an effect on the tree species,' said Professor Rob Freckleton of Sheffield University, who co-led the study. 'However what was unexpected was that removal of the fungi affected diversity, but eliminating insects didn't. Ours is the first study to unpick the effects of the different natural enemies.'

Scientists had suspected that fungus-like microorganisms called oomycetes might also play a part in policing rainforest diversity, but this now seems unlikely.

'Oomycetes are potent pathogens that can cause seeds and seedlings to rot, and were responsible for the 1840s potato famine,' said Professor Sarah Gurr, formerly of Oxford University and now at the University of Exeter. 'To see if they play a role in promoting rainforest biodiversity, we sprayed plots with Ridomil Gold®, which protects plants against oomycetes. Ridomil Gold® had no significant effect on the number of surviving species, suggesting that true fungi and not oomycetes are driving rainforest diversity.'

The findings show that fungi play a vital role in maintaining the biodiversity of rainforests, preventing a few highly competitive species from dominating. It helps to explain why tropical rainforests are so much more diverse than forests in temperate countries.

'We suspect that the effect of fungi will be strongest in wetter, hotter areas because this is where they thrive,' said lead author Dr Robert Bagchi, who began the study at Oxford University and completed it at ETH Zurich. 'This has important implications for how rainforests will respond to climate change, which is often predicted to reduce overall rainfall making it harder for fungi to spread. Without fungi to keep species in check, we could see a significant knock-on effect and lose a lot of the diversity that makes rainforests so special.' 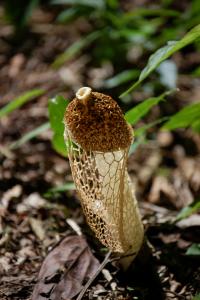