This release is available in Chinese.

Using genetic sleight of hand, researcher Xinyao Liu and professor Roy Curtiss at Arizona State University's Biodesign Institute have coaxed photosynthetic microbes to secrete oil—bypassing energy and cost barriers that have hampered green biofuel production. Their results appear in this week's advanced online issue of the Proceedings of the National Academy of Sciences or PNAS.

The challenges of developing a renewable biofuel source that is competitive with the current scalability and low-cost of petroleum have been daunting. "The real costs involved in any biofuel production are harvesting the fuel precursors and turning them into fuel," said Roy Curtiss, director of the Biodesign Institute's Center for Infectious Diseases and Vaccinology and professor in the School of Life Sciences. "By releasing their precious cargo outside the cell, we have optimized bacterial metabolic engineering to develop a truly green route to biofuel production."

Photosynthetic microbes called cyanobacteria offer attractive advantages over the use of plants like corn or switchgrass, producing many times the energy yield with energy input from the sun and without the necessity of taking arable cropland out of production.

Lead author Xinyao Liu and Curtiss, applied their expertise in the development of bacterial-based vaccines to genetically optimize cyanobacteria for biofuel production. Last year, they were able to modify these microbes, priming them to self-destruct and release their lipid contents. In the group's lastest effort however, the energy-rich fatty acids were extracted without killing the cells in the process.

"In China, we have a saying," Liu says. "We don't kill the hen to get the eggs." Rather than destroying the cyanobacteria, the group has ingeniously reengineered their genetics, producing mutant strains that continuously secrete fatty acids through their cell walls. The cyanobacteria essentially act like tiny biofuel production facilities.

Liu realized that if cyanobacteria could be cajoled into overproducing fatty acids, their accumulation within the cells would eventually cause these fatty acids to leak out through the cell membrane, through the process of diffusion. To accomplish this, Liu introduced a specific enzyme, known as thioesterase, into cyanobacteria.

The enzyme is able to uncouple fatty acids from complex carrier proteins, freeing them within the cell where they accumulate, until the cell secretes them. "I use genes that can steal fatty acids from the lipid synthesis pathway," Liu explains noting that thioesterase acts to efficiently clip the bonds associating the fatty acids with more complex molecules. This use of modified thioesterases to cause secretion of fatty acids was first described for Escherichia coli by John Cronan of the University of Illinois more than a decade ago.

A second series of modifications enhances the secretion process, by genetically deleting or modifying two key layers of the cellular envelope—known as the S and peptidoglycan layers—allowing fatty acids to more easily escape outside the cell, where their low water solubility causes them to precipitate out of solution, forming a whitish residue on the surface. Study results show a 3-fold increase in fatty acid yield, after genetic modification of the two membrane layers.

To improve the fatty acid production even further, the group added genes to cause overproduction of fatty acid precursors and removed some cellular pathways that were non-essential to the survival of cyanobacteria. Such modifications ensure that the microbe's resources are devoted to basic survival and lipid production.

Liu emphasizes that the current research has moved along at a lightening clip, with only about 6 months passing from the initial work, through production of the first strains—a fact he attributes to the formidable expertise in the area of microbial genetic manipulation, assembled at the Biodesign Institute. "I don't think any group would have the capacity to do this as fast," he said.

Professor Roy Curtiss agrees, noting that "the seminal advance has been to combine a number of genetic modifications and enzyme activities previously described in other bacteria and in plants in the engineered cyanobacteria strains along with the introduction of newly discovered modifications to increase production and secretion of fatty acids. The results to date are encouraging and we are confident of making further improvements to achieve enhanced productivity in strains currently under construction and development. In addition, optimizing growth conditions associated with scale-up will also improve productivity."

The team, which includes researchers Daniel Brune and Wim Vermaas, is also optimistic that significantly higher fatty acid yields will be obtainable, as research continues.

The research opens the door to practical use of this promising source of clean energy. 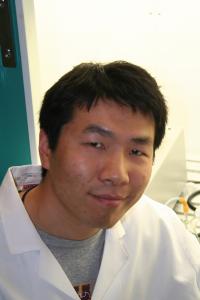 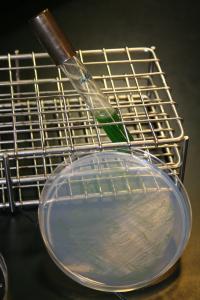