New Haven, Conn. — A team of astronomers looking at the universe’s distant past found nine young, unusually compact galaxies, each weighing in at 200 billion times the mass of the Sun. The findings appeared in the April 10 issue of The Astrophysical Journal Letters.

These young galaxies are the equivalent of a human baby that is 20 inches long, yet weighs 180 pounds.

“Seeing the compact sizes of these galaxies is a puzzle,” said Pieter G. van Dokkum of Yale, who led the study. “No massive galaxy at this distance has ever been observed to be so compact, and it is not yet clear how one of these would build itself up to be the size of the galaxies we see today.”

The galaxies, each only 5,000 light-years across, are a fraction of the size of today's “grownup” galaxies but contain approximately the same number of stars. Each could fit inside the central hub of the Milky Way. “These ultra-dense galaxies, forming the building blocks of today's largest galaxies, might comprise half of all galaxies of that mass at this early time,” van Dokkum said.

But, van Dokkum noted that they would have to change a lot over 11 billion years — they would have to grow five times bigger, “While they could get larger by colliding with other galaxies, such collisions may not be the complete answer,” he said.

Astronomers used NASA's Hubble Space Telescope and the W.M. Keck Observatory on Mauna Kea, Hawaii, to study the galaxies whose light has been traveling toward us for 11 billion years. “What we see now is the way these compact galaxies existed 11 billion years ago, when the universe was less than 3 billion years old,” van Dokkum explained. “Only Hubble and Keck can see the sizes of these galaxies because they are very small and far away.”

In 2006, the research team also studied the galaxies with the Gemini South Telescope Near-Infrared Spectrograph, on Cerro Pachon in the Chilean Andes. Those observations provided the galaxies’ distances and showed that the stars are a half a billion to a billion years old, and that the most massive stars had already exploded as supernovae.

“In the Hubble Deep Field, astronomers found that star-forming galaxies are small,” said Marijn Franx of Leiden University, The Netherlands. “However, these galaxies were also very low in mass. They weigh much less than our Milky Way. Our study, which surveyed a much larger area than in the Hubble Deep Field, surprisingly shows that galaxies with the same weight as our Milky Way were also very small in the past. All galaxies look really different in early times, even massive ones that formed their stars early.”

Van Dokkum speculated on how these small, crowded galaxies formed. He said, one way could have involved an interaction in the emerging universe between hydrogen gas and dark matter — an invisible form of matter that accounts for most of the universe's mass. Shortly after the Big Bang, the universe contained an uneven landscape of dark matter. He said that hydrogen gas could have been trapped in puddles of the invisible material which began spinning rapidly in dark matter's gravitational whirlpool, forming stars at a furious rate.

The astronomers estimated that the stars in the compact galaxies are spinning around their galactic disks at roughly 1 million miles an hour (500 kilometers a second). Stars in today's galaxies, by contrast, are traveling at about half that speed because they are larger and rotate more slowly.

These galaxies are ideal targets for the Wide Field Camera 3, which is scheduled to be installed aboard Hubble during Servicing Mission 4 in the fall of 2008. The team says that the new images should lead to a better understanding of the evolution of galaxies early in the life of the universe.

Images and more information on the compact galaxies are available on line at http://hubblesite.org/news/2008/15 .

The Hubble Space Telescope is a project of international cooperation between NASA and the European Space Agency (ESA) and is managed by NASA's Goddard Space Flight Center (GSFC) in Greenbelt, Md. The Space Telescope Science Institute (STScI) conducts Hubble science operations. The institute is operated for NASA by the Association of Universities for Research in Astronomy, Inc., Washington, DC. 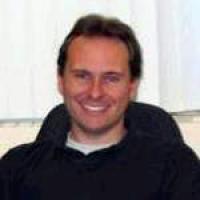 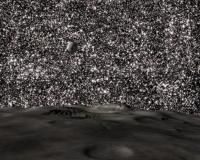