DETROIT (April 28, 2021) - The results of a large, national heart attack study show that patients with a deadly complication known as cardiogenic shock survived at a significantly higher rate when treated with a protocol developed by cardiologists at Henry Ford Hospital in collaboration with four metro Detroit hospitals.

Cardiogenic shock is a critical condition in which the heart is unable to pump enough blood to sustain the body's needs, depriving vital organs of blood supply and can cause them to eventually cease functioning. The typical survival rate of this deadly complication during a heart attack has historically hovered around 50%.

Led by a cardiology research team based at Henry Ford Hospital in Detroit, the National Cardiogenic Shock Initiative (NCSI) results demonstrated a survival rate of 71% in patients whose heart attack was complicated by cardiogenic shock and were treated with the protocol. Researchers announced the trial results today at the Society for Cardiovascular Angiography and Interventions (SCAI) 2021 Scientific Sessions.

"The National Cardiogenic Shock Initiative is the largest prospective study of therapy for acute myocardial infarction cardiogenic shock done in the United States in the past 20 years," said William O'Neill, M.D., medical director of Henry Ford's Center for Structural Heart Disease and principal investigator of the study.

"We have found that the original observations of the Detroit Cardiogenic Shock Initiative have been reproduced in 80 hospitals throughout the U.S. If implemented across the country, the National Cardiogenic Shock Initiative protocol could save up to 20,000 lives a year. We strongly believe that our results will be validated in the upcoming Recover IV trial, which should commence enrollment late next year."

Eighty hospitals in 29 states participated in NCSI and agreed to treat patients who presented with acute myocardial infarction and cardiogenic shock using a standard protocol, which involved rapid initiation of mechanical circulatory support (MCS) with an Impella 2.5® or Impella CP® heart pump, along with right heart catheterization to assess status of right and left ventricular heart function. Patients were enrolled between July 2016 and December 2020.

"More than 400 patients from across the country were enrolled in this study, including a third of patients who had already suffered a cardiac arrest," said Babar Basir, D.O., director of the acute mechanical circulatory support program at Henry Ford and principal investigator of the study. "The survival rate of 71% is significantly higher than any other previous study on cardiogenic shock. The protocol standardizes the process of care provided by nurses, technicians, interventional cardiologists and critical care physicians, providing predictable care in high risk and complex patients. The protocol has already saved many lives and will continue to do so as more hospitals implement its principles."

The treatment algorithm, available at henryford.com/cardiogenicshock, emphasizes quick recognition of the condition, then inserting a temporary straw-sized pump into the heart to keep blood flowing throughout the body. The Impella® heart pump, an FDA-approved device, is inserted through a catheter in the groin as soon as the patient arrives at the hospital. Doctors then treat the cause of the heart attack, either inserting a stent, removing a clot or taking other necessary action.

The NCSI study involved cardiologists at both community hospitals, where many patients with heart attack first present, and large academic centers. Of the more than 1,100 patients who were screened, 406 were enrolled into the study. The study also isolated predictive markers that indicate a patient's condition, an invaluable tool in determining treatment.

To learn more about the NCSI, visit henryford.com/cardiogenicshock.

The largest of these is Henry Ford Hospital in Detroit, a quaternary care research and teaching hospital and Level 1 Trauma Center recognized for clinical excellence in cardiology, cardiovascular surgery, neurology, neurosurgery, and multi-organ transplants. The health system also provides comprehensive, best-in-class care for cancer at the Brigitte Harris Cancer Pavilion, and orthopedics and sports medicine at the William Clay Ford Center for Athletic Medicine - both in Detroit.

As one of the nation's leading academic medical centers, Henry Ford Health System annually trains more than 3,000 medical students, residents, and fellows in more than 50 accredited programs, and has trained nearly 40% of the state's physicians. Our dedication to education and research is supported by nearly $100 million in annual grants from the National Institutes of Health and other public and private foundations. 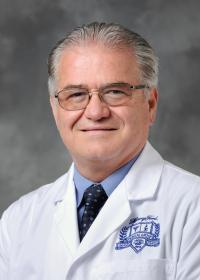 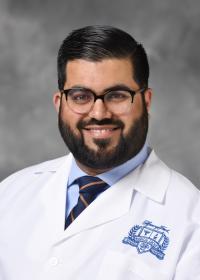