The significant scale of human impact on our planet has changed the course of Earth history, an international team of scientists led by the University of Leicester has suggested.

The researchers suggest that a multitude of human impacts have changed the course of Earth's geological history, and the scale of these justifies developing a formal proposal that the Anthropocene - a concept improvised by the Nobel Prize-winning scientist Paul Crutzen in 2000 - should be made part of the Geological Time Scale.

Rapid changes to the planet include acceleration of rates of erosion and sedimentation; large-scale chemical perturbations to the cycles of carbon, nitrogen, phosphorus and other elements; the inception of significant change to global climate and sea level; and biotic changes including unprecedented levels of species invasions across the Earth.

Professor Jan Zalasiewicz from the University of Leicester's School of Geography, Geology and the Environment, said: "Our findings suggest that the Anthropocene should follow on from the Holocene Epoch that has seen 11.7 thousand years of relative environmental stability, since the retreat of the last Ice Age, as we enter a more unstable and rapidly evolving phase of our planet's history."

Professor Mark Williams, from the University of Leicester's School of Geography, Geology and the Environment, said: "Geologically, the mid-20th century represents the most sensible level for the beginning of the Anthropocene - as it brought in large global changes to many of the Earth's fundamental chemical cycles, such as those of carbon, nitrogen and phosphorus, and also very large amounts of novel materials such as plastics, concrete and aluminium, which will help build the strata of the future."

The Anthropocene Working Group - which includes University of Leicester geologists Jan Zalasiewicz, Mark Williams and honorary chair, Colin Waters, and archaeologist Matt Edgeworth - has been active since 2009, analysing the case for formalisation of the Anthropocene, a potential new epoch of geological time dominated by human impact on the Earth.

Professor Waters said: "The Anthropocene Working Group is now working on such a proposal, based upon finding a 'golden spike' - a reference level within recent strata somewhere in the world that will best characterize the changes of the Anthropocene. Once this detailed work is completed, it will be submitted for scrutiny by the Subcommission on Quaternary Stratigraphy of the International Commission on Stratigraphy.

"There is no guarantee of the success of this process - the Geological Time Scale is meant to be stable, and is not easily changed. Whatever decision is ultimately made, the geological reality of the Anthropocene is now clear."

A version of the new paper can be accessed (freely, until the end of 2017) at: https://www.journals.elsevier.com/anthropocene/news/summary-evidence-working-group-anthropocene-sumnterim 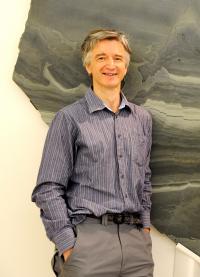 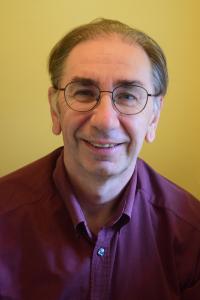