Toronto - It's not news that liberals and conservatives are lousy at winning each other over.

But if they really care about making even modest in-roads with each other, they'll pay attention to research showing that arguments based on a political opponent's moral principles, rather than one's own, have a much better chance of success.

Researchers Matthew Feinberg and Robb Willer decided to investigate the idea after watching the increasing polarization in American politics.

"We were trying to figure out ways to overcome the polarization," says Prof. Feinberg, who teaches organizational behaviour at the University of Toronto's Rotman School of Management. Dr. Willer is a sociologist at Stanford University.

The pair ran a series of experiments that had participants come up with arguments of their own for someone of the opposite political viewpoint. A theoretical framework of values was used to define what qualified as a liberal or conservative argument.

The results showed that both groups were extremely poor at developing arguments that would appeal to their political opposite, even when specifically asked to do so. Worse, some participants in both camps actually attacked the morality of those they'd been asked to convince.

"Most people are not very good at appealing to other people's values," says Prof. Feinberg.

Liberals asked to appeal to conservatives for support of same-sex marriage had only a 9% success rate in developing arguments based on conservative values of loyalty, authority or purity (such as, "our fellow citizens deserve to stand alongside us ..."). Only 8% of conservatives came up with liberal-friendly arguments about why English should be adopted as the official language of the United States, based on principles of fairness and protection from harm (e.g. "there will be less discrimination").

Conservatives were more inclined to support universal health care when presented with purity-based arguments that more uninsured people might lead to more disease spread. Liberals showed an uptick in support for higher military spending, when shown an argument based on the principle that the military and the employment opportunities it provides help to reduce inequality.

The study's findings are timely as Canadian political operatives analyze results of their recent federal election and party organizers in the U.S. consider how to build bridges with voters for that country's election in 2016.

"Instead of alienating the other side and just repeating your own sense of morality, start thinking about how your political opposition thinks and see if you can frame messages that fit with that thought process," suggests Prof. Feinberg.

The paper was recently published online in Personality and Social Psychology Bulletin.

For the latest thinking on business, management and economics from the Rotman School of Management, visit http://www.rotman.utoronto.ca/FacultyAndResearch/NewThinking.aspx.

The Rotman School of Management is located in the heart of Canada's commercial and cultural capital and is part of the University of Toronto, one of the world's top 20 research universities. The Rotman School fosters a new way to think that enables our graduates to tackle today's global business challenges. For more information, visit http://www.rotman.utoronto.ca. 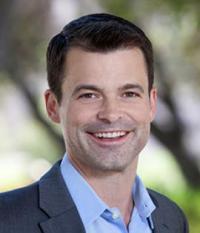