Humans began transporting and growing banana in Vanuatu 3000 years ago, a University of Otago scientist has discovered.

The discovery is the earliest evidence of humans taking and cultivating banana in to what was the last area of the planet to be colonised.

In an article published this week in Nature Human Behaviour, Dr Monica Tromp, Senior Laboratory Analyst at the University of Otago's Southern Pacific Archaeological Research (SPAR), found microscopic particles of banana and other plants trapped in calcified dental plaque of the first settlers of Vanuatu.

The finds came from 3000-year-old skeletons at the Teouma site on Vanuatu's Efate Island.

Dr Tromp used microscopy to look for 'microparticles' in the plaque, also known as dental calculus, scraped from the teeth of the skeletons. That allowed her to discover some of the plants people were eating and using to make materials like fabric and rope in the area when it was first colonised.

Teouma is the oldest archaeological cemetery in Remote Oceania, a region that includes Vanuatu and all of the Pacific islands east and south, including Hawaii, Rapa Nui and Aotearoa. The Teouma cemetery is unique because it is uncommon to find such well-preserved archaeological burials in the Pacific. Bone generally does not preserve in hot and humid climates and the same is true for things made of plant materials and also food.

The first inhabitants of Vanuatu were people associated with the Lapita cultural complex who originated in Island South East Asia and sailed into the Pacific on canoes, reaching the previously uninhabited islands of Vanuatu around 3000 years ago.

There has been debate about how the earliest Lapita people survived when they first arrived to settle Vanuatu and other previously untouched islands in the Pacific. It is thought Lapita people brought domesticated plants and animals with them on canoes - a transported landscape. But direct evidence for these plants had not been found at Teouma until Dr Tromp's study.

"One of the big advantages of studying calcified plaque or dental calculus is that you can find out a lot about otherwise invisible parts of people's lives," Dr Tromp says. Plaque calcifies very quickly and can trap just about anything you put inside of your mouth - much like the infamous Jurassic Park mosquito in amber - but they are incredibly small things that you can only see with a microscope."

The study began as part of Dr Tromp's PhD research in the Department of Anatomy and involved collaboration with the Vanuatu Cultural Centre, Vanuatu National Herbarium and the community of Eratap village - the traditional landowners of the Teouma site.

Dr Tromp spent hundreds of hours in front of a microscope finding and identifying microparticles extracted from thirty-two of the Teouma individuals. The positive identification of banana (Musa sp.) is direct proof it was brought with the earliest Lapita populations to Vanuatu.

Palm species (Arecaceae) and non-diagnostic tree and shrub microparticles were also identified, indicating these plants were also important to the lives of this early population, possibly for use as food or food wrapping, fabric and rope making, or for medicinal purposes, Dr Tromp says.

"The wide, and often unexpected range of things you can find in calcified plaque makes what I do both incredibly exciting and frustrating at the same time."

The article was co-authored by Elizabeth Matisoo-Smith, Rebecca Kinaston and Hallie Buckley of the University of Otago, and Stuart Bedford and Matthew Spriggs of the Australian National University . It can be found here: https://www.nature.com/articles/s41562-019-0808-y 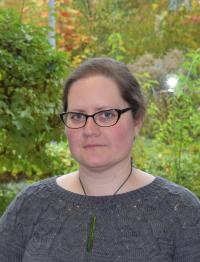