With nearly 35% of mangroves lost from around the world since the 1980s, primarily due to coastal development, the future loss of seemingly small mangrove patches to new construction projects such as airports or aquaculture is extremely worrying for coastal communities and Critically Endangered wildlife like the pygmy three-toed sloth (Bradypus pygmaeus) and green sawfish (Pristis zijsron) that are protected by, and reliant on, these habitats.

Large swathes of mangroves in Southeast Asia, such as in the Philippines, have been cleared to make way for aquaculture, mainly shrimp and fish ponds. Elsewhere, in the Maldives, mangroves are being cleared to make way for a controversial new airport to be built. Here, despite assurances being made that only 30% of mangroves would be directly affected as a result, almost 70% may have already been destroyed.

Despite warnings from leading scientists about the dire ramifications of losing mangroves, the conversion and degradation of mangrove forests for infrastructure or agriculture still occur - especially for smaller mangrove patches.

The letter states that the continued loss of small patches of mangroves could result in the disconnect of habitats, meaning natural wildlife corridors used by species to move freely throughout the landscape could be lost. This could generate new barriers for wildlife being able to adapt to the effects of climate change, as well as low-lying island communities becoming increasingly vulnerable to extreme weather patterns such as typhoons during monsoon seasons.

"All too often mangroves are regarded as irrelevant swamps or wastelands - yet they're incredibly important ecosystems. Globally, yes, mangrove conservation is being looked at, but it's these smaller patches of mangroves in remote areas that need greater recognition.

"We need governments to move away from policy decisions that prioritise large areas and short-term local political gains, and instead adopt a more well-rounded long-term vision, ensuring the value of smaller mangrove patches are appreciated and safeguarded."

Though Mangroves are covered under international agreements including the Convention on Biological Diversity (CBD), the United Nations Framework Convention on Climate Change (UNFCCC) and Convention for the Protection of World Cultural and Natural Heritage - these are only recommendations and thus mangrove forests are still one of the most severely threatened and undervalued ecosystems on Earth.

The ecosystem services provided by mangroves are conservatively estimated at around £1.2 billion (US $1.6 billion) globally, suggesting that no matter their size, they are key to meeting commitments like the Paris Climate Agreement.

ZSL hosts the IUCN SSC Mangrove Specialist Group and supports projects around the globe helping to rehabilitate mangrove forests using 'Community-based Mangrove Rehabilitation approaches in countries like the Philippines, where over 50% of mangroves have been lost. Over a four-year period, close to 100,000 mangroves have been planted, with the rehabilitation of 107.8 hectares of mangrove forest well underway.

Formed in late 2013 to address the alarming decline in mangrove habitat globally, the MSG aims to support mangrove research and conservation projects by bringing together experts in the field to share their knowledge. Hosted by ZSL (Zoological Society of London), the group aims to; assess the conservation status of mangroves; identify, quantify and prioritise threats; and develop plans to conserve the most threatened species and habitats. The group comprises members from across the globe including Africa, Australasia, East and Southeast Asia, Europe, North and South America and South and Central Asia. 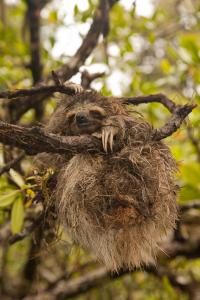 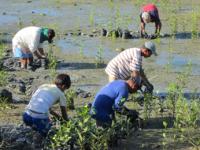