Climate change and the geosciences risk being seen as largely 'white sciences' in the Global North, according to a new study. The research shows that racial minority students are significantly underrepresented in Geology and other sciences of relevance to climate change.

Presenting the work at the Goldschmidt Geochemistry Conference*, author Professor Chris Jackson says that the lack of minority students and opinion leaders in these vital sciences reflects "systemic exclusion", and risks alienating large sections of the global population from our efforts to combat climate change and protect the environment.

Despite 18.5% of UK 18 to 24 year-olds being from a minority population, in the 2018/2019 academic year only 5.2% of Physical Geography postgraduate research students came from BAME (Black, Asian or other Minority) groups. Environmental science (6.86%) and Geology (10.4%) fared slightly better, but with still far lower representation than other Physical Science subjects (for example, 22.5% of Materials Science postgraduate researchers were from BAME groups).

On average over the 5 years studied, just 1.4% of postgraduate geology students were Black; this compares with 3.8% of the UK university-attending population identifying as Black. During the last five years, there have been two years for both Geology and Physical Geography when no Black women entered postgraduate research.

These results reflect similar findings** in the USA, which showed that just 6% of Geoscience PhDs are awarded to minority students, despite 31% of the population coming from these groups. Taken together with the UK data, this indicates that the environmental sciences may be systemically excluding racial minority groups.

Professor Jackson (University of Manchester) said: "You can imagine that not seeing Black or Asian faces amongst the people who are taking important decisions is demoralising for these communities; it would be for any community. The level of BAME participation in the environmental sciences is extremely low. Census details tell us that we'd expect around 18% of students to come from BAME backgrounds. In geology it's around 10%, and in other environmental sciences, such as physical geography, this drops to just over 5%. This straddles the extreme low levels seen in the police service, which as we know has been blighted by racial discrimination, and which is rightly considered by some as being a 'hostile environment' for racial and ethnic minorities. The lack of participation of minorities in these environmental subjects, and the lack of identifiable opinion leaders which we see in both the US and the UK, cannot be a coincidence; it's systemic, but it's also solvable.

This matters to the wider community as well. COVID has shown us that feelings of exclusion have produced overall lower rates of vaccine uptake in some racial and ethnic minority groups compared to the dominant white population, and this is one of these situations where the whole population needs to participate for our efforts to succeed. We know that climate change is at least as big a challenge as COVID, and we need buy-in to address the problem. We can't afford our efforts to be impeded by white people failing to understand the scale and cause of this problem, and the exclusion felt amongst many Black, Asian and Minority people. These are not marginal issues: for example, my own science, Geology, is key to our understanding of climate change. The people and political powers who take decisions, and who are, for example, responsible for driving changes change, and for putting in place policies to help mitigate its impacts, must talk to and be trusted by the whole population".

The UK Parliament's All-Party Parliamentary Group (APPG) on Diversity and Inclusion in Science, Technology, Engineering and Maths (STEM) is currently undertaking an inquiry into equity in the UK STEM workforce, https://www.britishscienceassociation.org/appg This is chaired by Ms Chi Onwurah (Labour) MP for Newcastle upon Tyne Central, who commented:

"The UK has a proud scientific history, the circumstances of the pandemic have only emphasised the central role that science plays in our day to day lives. As we begin to exit the pandemic and look to how we can build back better and greener, environmental science and geology will play a vital role in developing what our greener world will look like. But sadly, our science and geology sector is not representative of the UK with less than 25% of the STEM workforce being women and less that 10% of STEM Russell Group students coming from Black, Asian and minority ethnic backgrounds. We are missing out on the potential of so many talented scientists, and risk further entrenching inequalities for the next generation if we do not act now to show everybody, no matter their background or gender, that science is for them".

"These observations showing lower than anticipated numbers of Black, Asian and other minority students studying geoscience and environmental subjects in UK higher education are concerning. Many people are working hard to ensure that geosciences, wider science, and other disciplines change to become more attractive, friendly, and inspiring for a diversity of students and staff. We cannot understate the importance of these progressive actions for our education system, society, and science."

Note: the headline and release summary text have been changed to reflect Eurekalert's word restrictions.

*The work on which this presentation is based has recently been published in Nature Geosciences "A UK perspective on tackling the geoscience racial diversity crisis in the Global North", by Natasha Dowey et al. Professor Jackson is a contributing author. See https://www.nature.com/articles/s41561-021-00737-w 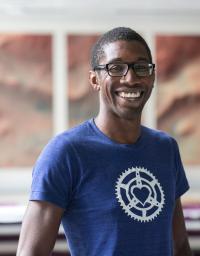 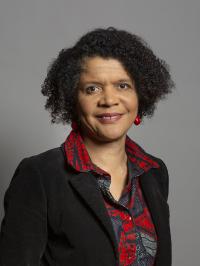