Munich, Germany, 20 October 2018 - Most people with lung cancer are unaware of the benefits of regular exercise, yet new data show it can significantly reduce fatigue and improve well being. Results of two studies to be presented at the ESMO 2018 Congress in Munich (1,2) underline the value of exercise, including in patients with advanced or metastatic lung cancer.

Over half (54%) of patients with advanced cancer who completed an exercise survey at a cancer centre in Queensland, Australia, were unaware of the benefits of exercise and only 22% achieved healthy activity levels, as recommended by the World Health Organisation. (1)

"Exercise benefits everyone, not just those who are well, and too few people are aware that gentle aerobic exercise and strength training should be as much a part of treating advanced lung cancer as anti-tumour therapy," said Dr. Quan Tran, Medical Oncologist at the Cancer Care Centre, St Stephen's Hospital, Urraween, Australia.

Nearly nine out of 10 patients in the survey had advanced lung cancer, and at least six out of 10 respondents said they did not exercise because of fatigue or shortness of breath. Over half named low mood, lack of motivation, pain and side effects of treatment as barriers to exercising.

"We need to break down the barriers that are stopping patients from exercising, for example by treating the anaemia that may be causing their fatigue," added Tran.

The Australian research also showed that patients who were less active had significantly less social support than those who were more active. Asked what type of activity programme would be most helpful, respondents voted for education, group exercise classes, and other support at the same place they were receiving their cancer treatment.

"Patients preferred to get information and support and become more active in a buddy or group programme than through web-based initiatives. They weren't interested in competitions and incentives, but they did feel that being with others in a similar situation would motivate them to overcome their barriers to exercise," Tran explained.

In a second study of 227 patients with advanced or metastatic lung cancer, those who did regular easy aerobic and muscle strengthening exercises improved their symptom scores by approximately 10% during chemotherapy. (2)

"This is the first time that patients undergoing palliative care for lung cancer have been shown to benefit from exercise. Patients who exercised also felt more independent and needed less help with daily activities, and our research suggested that they may be able to have more and longer chemotherapy which, in turn, may result in better tumour control," explained Dr. Joachim Wiskemann, Exercise Physiologist and Sports Psychologist, National Center for Tumor Diseases (NCT) and Heidelberg University Hospital, Heidelberg, Germany.

In the study, patients were randomly assigned to 24 weeks of partly-supervised combined resistance and aerobic training, for up to 45 minutes, three times a week, and weekly care management phone calls (CMPC) or CMPC alone. Although there were no significant effects of exercise on physical well-being and general fatigue at week 12, patients who completed at least 70% of exercise sessions did achieve significant benefits. Fatigue scores improved by 10% with combined exercise and CMPC compared to 2% with CMPC alone (p=0.01), functional well-being by 11% vs 3% (p=0.03) and overall physical and functional well-being (Trial Outcome Index) by 8% vs 4% (p=0.04).

Wiskemann estimated that 50-60% of patients with advanced lung cancer are willing and able to exercise and recommends adapting the nature and setting for exercise to individual needs. He also stressed the importance of coordinated care with good commitment from oncologists and cancer nurses and a specific individual responsible for counselling and delivery of tailored exercise programmes for patients.

"In the past, we have assumed that only the healthiest and fittest patients with cancer could exercise, but our study has shown this is not true and that those with advanced disease can benefit too. We must now be flexible in the way we offer exercise, so patients can do it wherever they are most comfortable - at home, in a class at the hospital or in a gym," said Wiskemann.

Commenting on the results of the two studies for ESMO, Dr. Martijn Stuiver, Associate Professor of Functional Recovery from Cancer and its Treatment at the Amsterdam University of Applied Sciences, the Netherlands, pointed out that the Clinical Oncology Society of Australia already recommends that exercise should be part of standard cancer care and he stresses the importance of greater awareness of the benefits of exercise, including in advanced cancer.

"We must now find out which exercise programmes work best for patients with different forms and stages of cancer and how to achieve different outcomes, such as reducing fatigue or improving fitness, so that benefits can be optimised," said Stuiver.

He explained that previous exercise studies have shown mixed results for improvement of fatigue in patients with advanced cancer, while most have shown beneficial effects on physical fitness.

"Scientifically, we need to understand how exercise is having these effects and, clinically, we need to develop ways to triage patients to the type of exercise most likely to help them, based on what they feel will have the greatest impact on their quality of life," added Stuiver.

Like Wiskemann, he drew attention to the potential of exercise to enable patients to remain on chemotherapy, with previous data from a breast cancer study suggesting that patients who follow a supervised exercise programme are three times less likely to need a change of therapy than those who do not exercise. (3)

"Physical fitness is a key factor in determining whether patients can start treatment and maintain dosing. Exercise may therefore become a primary adjuvant therapy to improve fitness so that patients are in the best possible shape to start or continue treatment and tolerate toxicities of other therapies," he concluded.

Background: Exercise is beneficial for various cancer populations. However, there is limited evidence regarding inoperable lung cancer patients with advanced or metastatic disease. Thus, we assessed in this population the impact of an extended care intervention with or without an exercise program, on fatigue, quality of life and physical fitness.

Conclusions: Inoperable lung cancer patients might not benefit from additional exercise programs beyond an extended care intervention during palliative treatment. However, among patients with good adherence, training may have favorable effects.

Background: Exercise has been shown to improve quality of life for cancer survivors. Despite these benefits, exercise is a poorly utilised strategy in the management of lung cancer patients. There is limited data describing the level of physical activity in this population. The aims of this study were to define the average physical activity of Australian lung cancer patients and to identify their barriers to participation in an exercise program.

Methods: Patients from two tertiary cancer centres who had a confirmed diagnosis of lung cancer were identified and invited to participate in 2 focus group discussions. Focus groups were conducted until data saturation. Data emerging from these focus groups were then used to inform a 36-item exercise survey questionnaire. Patients were considered active if they met the World Health Organisation (WHO) recommended levels of physical activity (150 min of moderate-intensity or 75 min of vigorous-intensity aerobic physical activity in one week), or if they met the criteria as per the Godin-Shephard Leisure-Time Physical Activity Questionnaire (GSLTPAQ). This survey was distributed between January to March 2017 to all lung cancer patients at the participating hospitals. Results were analysed using descriptive statistics and an unpaired, two-tailed, t-test comparing the active and non-active groups.

Results: Forty-one participants completed the survey. The mean age was 63.9 years. Most participants had advanced lung cancer (88.4%). All participants had received at least one cycle of chemotherapy. Only 22% achieved WHO recommended levels of activity and only 25% were considered active on the GSLTPAQ. Commonly reported barriers were fatigue (68%), shortness of breath (61%), low mood (58%), no motivation (56%), pain (54%), and side effects of treatment (54%). Over half (54%) reported lack of awareness of the benefits of exercise. Those who were non-active reported having less social supports (p ? 0.05) and more fatigue as a barrier to physical activity (p ? 0.05) compared to those who were active.

Conclusions: Level of physical activity was low in our cohort. Addressing these identified barriers such as lack of awareness of exercise benefits may promote future patient engagement with exercise programs.

Funding: Has not received any funding 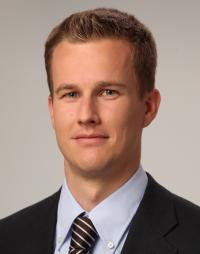