WASHINGTON - Children's National Health System is a member of a public-private research collective that was awarded up to $14.8 million from the National Institutes of Health (NIH) to launch a data resource center for cancer researchers around the world in order to accelerate the discovery of novel treatments for childhood tumors. Contingent on available funds, five years of funding will be provided by the NIH Common Fund Gabriella Miller Kids First Pediatric Research Program, named after Gabriella Miller, a 10-year-old child treated at Children's National.

As principal investigators, researchers at Children's Hospital of Philadelphia will lead the joint effort to build out the "Kids First" Data Resource Center. Children's National Health System in Washington, D.C., will spearhead specific projects, including the Open DIPG project, and as project ambassador will cultivate additional partnerships with public and private foundations and related research consortia to expand a growing trove of data about pediatric cancers and birth defects.

"This is a tremendous opportunity for children and families whose lives have been forever altered by pediatric cancers," says Javad Nazarian, Ph.D., M.S.C., principal investigator in the Center for Genetic Medicine Research and scientific director of the Brain Tumor Institute at Children's National. "From just a dozen samples seven years ago, Children's National has amassed one of the nation's largest tumor biorepositories funded, in large part, by small foundations. Meanwhile, research teams have been sequencing data from samples here and around the world. With this infusion of federal funding, we are poised to turn these data into insights and to translate those research findings into effective treatments."

This new phase of funding is aimed at opening access to those genetic sequences to a broader group of investigators around the globe by making hard-to-access data easily available on the cloud. The first project funded will be Open DIPG, run by Nazarian, a single disease prototype demonstrating how the new data resource center would work for multiple ailments.

DIPG stands for diffuse intrinsic pontine glioma, aggressive pediatric brain tumors that defy treatment and are almost always fatal. Just as crowd sourcing can unleash the collective brainpower of a large group to untangle a problem swiftly, open data sharing could accomplish the same for childhood cancers, including DIPG. In addition to teasing out molecular alterations responsible for making such cancers particularly lethal, pooling data that now sits in silos could help to identify beneficial mutations that allow some children to survive months or years longer than others.

"It's a question of numbers," Dr. Vilain says. "The bottom line is that making sense of the genomic information is significantly increased by working through large consortia because they provide access to many more patients with the disease. What is complicated about genetics is we all have genetic variations. The challenge we face is teasing apart regular genetic variations from those genetic variations that actually cause childhood cancers, including DIPG."

Nazarian predicts some of the early steps for the research consortium will be deciding nuts-and-bolts questions faced by such a start-up venture, such as the best methods to provide data access, corralling the resources needed to store massive amounts of data, and providing data access and cross correlation.

"One of the major challenges that the data resource center will face is to rapidly establish physical data storage space to store all of the data," Nazarian says. "We're talking about several petabytes--1,000 terabytes-- of data. The second challenge to address will be data dissemination and, specifically, correlation of data across platforms representing different molecular profiles (genome versus proteome, for example). This is just the beginning, and it is fantastic to see a combination of public and private resources in answering these challenges." 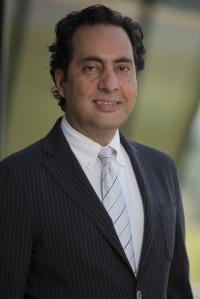 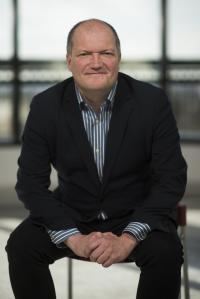