Move over, compact discs, DVDs, and hard drives. Researchers in Japan report progress toward developing a new protein-based memory device that could provide an alternative to conventional magnetic and optical storage systems, which are quickly approaching their memory storage capacities. Their study is scheduled for the March 4 issue of ACS’ Langmuir, a bi-weekly journal.

Just as nature chose proteins as the memory storage medium of the brain, scientists have spent years exploring the possibility of similarly using proteins and other biological materials to build memory-based devices with the potential for processing information faster and providing greater storage capacity than existing materials. Although a few protein-based memory materials have shown promise in experimental studies, developing such materials for practical use remains a challenge.

In the new study, Tetsuro Majima and colleagues used a special fluorescent protein to etch or “record” a specific information pattern on a glass slide. Using a novel combination of light and chemicals, the researchers demonstrated that they could “read” the pattern and subsequently erase it at will. Thus, they demonstrated that the proteins could provide storage, playback, and erasure of information, the hallmarks of a successful memory device, the researchers say. In addition to conventional memory storage devices, the proteins also show promise for improved biosensors and diagnostic tests, they say. — MTS

At last a machine with good taste — for espresso
Analytical Chemistry

Can a machine taste coffee" The question has plagued scientists studying the caffeinated beverage for decades. Fortunately, researchers in Switzerland can now answer with a resounding “yes.” The study on their coffee-tasting machine is scheduled for the March 1 issue of ACS’ Analytical Chemistry, a semi-monthly journal.

For the food industry, “electronic tasters” like these could prove useful as quality control devices to monitor food production and processing. Christian Lindinger and colleagues at Nestlé Research pointed out that coffee scientists have long been searching for instrumental approaches to complement and eventually replace human sensory profiling. However, the multisensory experience from drinking a cup of coffee makes it a particular challenge for flavor scientists trying to replicate these sensations on a machine. More than 1,000 substances may contribute to the complex aroma of coffee.

The new tasting machine assessed the taste and aromatic qualities of espresso coffee nearly as accurately as a panel of trained human espresso tasters, the study reported. It analyzed gases released by a heated espresso sample, then transformed the most pertinent chemical information into taste qualities like roasted, flowery, woody, toffee and acidity. “This work represents significant progress in terms of correlation of sensory with instrumental results exemplified on coffee,” state the authors. — AD

Purple pigments and obesity
Journal of Agricultural and Food Chemistry

Scientists in Arkansas are reporting new evidence that natural pigments responsible for the beautiful blue/purple/reddish color of certain fruits and vegetables may help prevent obesity. Their animal study, scheduled for the Feb. 13 issue of ACS’ Journal of Agricultural and Food Chemistry, however, reports that eating the whole fruit containing these pigments seems to be less effective than eating an extract of the berry.

Ronald L. Prior and colleagues, who did the new study, note that past research has shown that the pigments — called anthocyanins — prevent obesity in laboratory mice fed a high-fat diet. Anthocyanins are found in grape skins, blueberries, blackberries, purple corn, and other foods. The mice also had other healthful changes in disease-related substances found in the blood.

In the new study, researchers found that mice fed a high-fat diet for 8 weeks plus drinking water with purified anthocyanins from blueberries and strawberries gained less weight and had lower body fat levels than a control group. “Anthocyanins fed as the whole blueberry did not prevent and may have actually increased obesity,” the study reported. “However, feeding purified anthocyanins from blueberries or strawberries reduced obesity.” — JS

Toward “self-cleaning” wool and silk fabrics
Chemistry of Materials

Wool skirts and silk ties may avoid those pricey trips to the dry-cleaner in the future and clean themselves, researchers in Australia and China suggest in a study scheduled for the Feb. 26 issue of ACS’ Chemistry of Materials, a bi-weekly journal. It reports development of a nanoparticle coating that could lead to “self-cleaning” wool and silk fabrics.

Wool and silk, which are composed of natural proteins called keratins, are among the most prized and widely used fabrics in the clothing industry. However, they are difficult fabrics to keep clean and are easily damaged by conventional cleaning agents. A better way to fight stains in these and other protein-based fabrics is needed, scientists say.

In the new study, Walid Daoud and colleagues prepared wool fabrics with and without a nanoparticle coating composed of anatase titanium dioxide, a substance that is known to destroy stains, dirt, and harmful microorganisms upon exposure to sunlight. The researchers then stained the fabric samples with red wine. After 20 hours of exposure to simulated sunlight, the coated fabric showed almost no signs of the red stain, whereas the untreated fabric remained deeply stained, the researchers say. The coating, which is non-toxic, can be permanently bonded to the fiber and does not alter its texture and feel, they note. — MTS

With its promises of more effective, low-cost therapies for cancer, heart disease, Alzheimer’s and other medical conditions, personalized medicine is moving forward but at a slow pace that’s not keeping up with its high expectations, according to an article [http://pubs.acs.org/cen/coverstory/86/8606cover.html] scheduled for the Feb. 11 issue of Chemical & Engineering News, ACS’ weekly newsmagazine.

In the magazine’s cover story, C&EN Senior Editor Rick Mullin notes that personalized medicine, the practice of catering medical therapies to the specific genetic and disease profiles of patients, represents a major shift from the one-size-fits-all model of traditional medicine. Despite its promise, researchers have had difficulty translating new genetic knowledge into effective therapies.

But fueled by new research tools and new genetic information, the field is silently moving forward. Notable successes include the development of Herceptin, a targeted therapy for breast cancer, and Gleevec, a treatment for lung cancer. Other targeted therapies are in the pipeline. “We are at a kind of crossroads where we have developed a large number of new agents with pharmacologically sound activities,” C&EN quotes one researcher. “But clearly, to hit the home run, you have to match the right drug to the right patient. It’s easier said than done.”

This story will be available on Feb. 11 at http://pubs.acs.org/cen/coverstory/86/8606cover.html

Journalists covering Black History Month can obtain a variety of resources from the ACS Office of Communications during February. The resources include a news release ( honoring the contributions of three African-American chemists: George Washington Carver, Percy Julian, and Norbert Rillieux. Their contributions include new uses for peanuts and other crops grown in the South, a drug to fight blindness, and a sugar refining process. The ACS has designated each of their achievements as National Historic Chemical Landmarks (www.acs.org/landmarks).The resources also include a Kids Science version of the news release, written for a school-age audience, and a Bytesize Science podcast for young listeners about the contributions of these chemists.

Mark your calendars for one of the year’s largest and most important scientific events — the 235th National Meeting and Exposition of the American Chemical Society (ACS), which will be held April 6-10, 2008, in New Orleans, La.

With more than 160,000 members in the United States and other countries, ACS is the world’s largest scientific society. About 12,000 scientists and others are expected for the event, which will include more than 9,000 reports on new discoveries in chemistry. Those reports span science’s horizons from astronomy to zoology and include a special focus on health, energy, food, environment, and alternative fuels.

In addition to coverage of breaking science news, the meeting provides an opportunity for independent reporting on disaster recovery efforts in the region prior to the June 1 start of the 2008 hurricane season.

Media registration (http://portal.acs.org/portal/acs/corg/content?_nfpb=true&_pageLabel=PP_TRANSITIONMAIN&node_id=1359&use_sec=false&sec_url_var=region1) and housing reservations are now open for those who plan to attend the meeting. The ACS Press Center will be located in Room 206 of the Ernest N. Morial Convention Center. It will include a media workroom with staff to assist in arranging interviews, press conferences, wireless Internet access, telephones, computers, photocopy and fax services, and refreshments.

For reporters planning to cover the meeting from their home bases, the ACS Office of Communications will provide an expanded suite of resources, including press releases, non-technical summaries of research presentations, and access to news briefings.

Updates on Fast-Breaking Advances in Nanoscience

The American Chemical Society has launched a new nanoscience and nanotechnology community Website. Called ACS Nanotation (http://www.acsnanotation.org/Home/tabid/36/Default.aspx), the site aims to become the premiere destination for nanoscience and nanotechnology news, highlights and community. Features include research highlights from ACS journals, career resources, podcasts and other multimedia resources, and interaction with other scientists. Registration is free.

Calling all children’s page editors — and other journalists who focus on young readers. The ACS Office of Communications is providing an ongoing series of science press releases written to educate and entertain students in grades K-8. Each press release includes high-resolution color graphics.

The American Chemical Society (ACS) Office of Communications has launched Bytesize Science, an educational, entertaining podcast for young listeners. Bytesize Science translates cutting-edge scientific discoveries from ACS' 36 peer-reviewed journals into stories for young listeners about science, health, medicine, energy, food, and other topics. New installments of Bytesize Science are posted every Monday and available without charge. Bytesize Science is now listed as a "new and notable" podcast on iTunes. It is also being recommended by "Podcasting in Education," an organization that encourages educators to embrace podcasts as a classroom tool. The archive includes items on environmental threats to killer whales, a scientific explanation for why some people love chocolate, some unlikely new uses for compact discs, and a hairy tale about "hairy roots." The podcaster for Bytesize Science is Adam Dylewski, an ACS science writer and recent graduate of the University of Wisconsin-Madison with degrees in genetics and science communication. 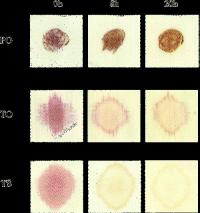