This release is also available in Chinese on EurekAlert! Chinese.

After a decade of joint work and scientific adventure, marine explorers from more than 80 countries today delivered a historic first global Census of Marine Life.

In one of the largest scientific collaborations ever conducted, more than 2,700 Census scientists spent over 9,000 days at sea on more than 540 expeditions, plus countless days in labs and archives.

Released today are maps, three landmark books, and a highlights summary that crown a decade of discovery.

The now-completed documentation in books and journals, plus the accumulating databases and established websites, videos, and photo galleries report and conclude the first Census. Over the decade more than 2,600 academic papers were published - one, on average, every 1.5 days.

Presented is an unprecedented picture of the diversity, distribution, and abundance of all kinds of marine life in Planet Ocean - from microbes to whales, from the icy poles to the warm tropics, from tidal near shores to the deepest dark depths.

Oceanic diversity is demonstrated by nearly 30 million observations of 120,000 species organized in the global marine life database of the Census, the Ocean Biogeographic Information System (OBIS). The migrations tracked across seas and up and down in the water column, plus the revealed ubiquities of many species, demonstrate connections among oceans. Comparisons of the present ocean with the bountiful ocean life portrayed in old archives document changes. The Census established declines - and some recoveries - of marine abundance.

The OBIS directory of names and addresses of known ocean species establishes a reference against which humanity can monitor 21st century change. It also delineates the vast areas of ocean that have never been explored.

"We prevailed over early doubts that a Census was possible, as well as daunting extremes of nature," says Australian Ian Poiner, chair of the Census Steering Committee. "The Age of Discovery continues."

"This cooperative international 21st century voyage has systematically defined for the first time both the known and the vast unknown, unexplored ocean."

According to Dr. Poiner, the beauty, wonder, and importance of marine life are hard to overstate.

"All surface life depends on life inside and beneath the oceans. Sea life provides half of our oxygen and a lot of our food and regulates climate. We are all citizens of the sea. And while much remains unknown, including at least 750,000 undiscovered species and their roles, we are better acquainted now with our fellow travelers and their vast habitat on this globe." 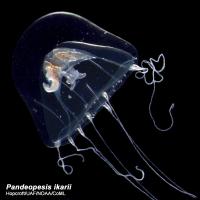 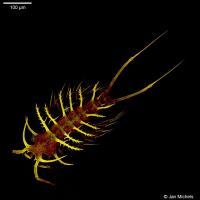